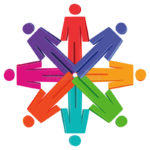 The Young Professionals Group was created by ASIS UK to establish a comfortable environment both for members new to security and future leaders wishing to engage with ASIS programmes and activities. Its core mission is to develop and educate young careerists in the security industry. Recently, Jerry Ross was asked to speak at an ASIS Young Professionals Group event and give an account of how she embarked on a career in the field of intelligence and, subsequently, security.

Though incredibly nerve-wracking, it was an honour to be asked to share my experiences on developing a career within the security business sector with the invited audience, the key points of which are now being shared here among the readers of Risk UK.

After graduating from Oxford Brookes University in 2011 with a BA (Honours) degree in English Literature and Geography, like many graduates fresh out of university I wasn’t entirely clear on the way forward. I’ve always had an interest in the Armed Forces and counter-terrorism, in the main prompted by media coverage of the Iraq and Afghanistan wars, so I initially considered joining the Armed Forces or the police service.

I’ve always harboured an inquisitive nature, enjoying the analysis and research I completed in my studies, whether that be researching people, events or history. It was a combination of these factors that led me to make up my ideal job title – Intelligence Researcher. It just so happened that this kind of role did actually exist, and so the pursuit of a role began.

After extensive travelling and with some direction as to what career path to pursue, I hit the job market with a vengeance to track down the perfect starting job. In February 2013, I applied for – and duly secured – my first position as intelligence researcher with Surrey Police. Based in Staines, the role involved monitoring and investigating crimes in the local area, among them high-value burglaries, kidnapping and drug offences.

Intelligence was gathered on a daily basis via open and closed sources to compile profiles on suspects and identify trends in criminal activity. The intelligence was used to proactively minimise and prevent repeat incidents. The responsibility and experience I gained from running my own operations on dangerous individuals, combined with the support of amazing colleagues, made this the perfect hands-on role for me.

Eventually, it was time to join the on-call team, in turn dealing with crisis situations including kidnappings and extortion. I can still remember being called to assist with an incident on my first day with the unit and then on my last day with the force.

I built up solid experience in open source intelligence, and was starting to train fellow colleagues in Best Practice methods and the use of specialist software. Training and upskilling are important aspects of any role in intelligence, as it’s very much the case that you have to stay ahead of the latest developments in systems, monitoring and technology.

Come January 2016, and after two years in counter-terrorism, I transferred to the Anti-Corruption Unit within Surrey Police. This role was part of a small and specialised team focused on exposing corrupt individuals and practices within the force. During this time, our team received a Chief’s Commendation. That was an important highlight for me.

After four-and-a-half exciting years with Surrey Police, I decided the time was right to make a change and focus on a new challenge. I was particularly keen to step out of my comfort zone and explore new opportunities. That being so, I set out to extend my professional network.

One of the first events I attended was the Security and Counter-Terrorism Expo that ran at London’s Olympia in March 2016. It was here that I was first introduced to the ASIS UK Women in Security Group, a sub-group of the organisation that supports and assists women in the security sector and also encourages new entrants into the profession.

Indeed, this was the first of many ASIS networking events I would subsequently attend. ASIS International is the largest organisation for security professionals, with more than 35,000 members worldwide, including 800 here in the UK.

While attending the Expo, I met ASIS UK director Dawn Holmes CPP (at that time the lead for the ASIS UK Women in Security Group) who had just taken up the role of technical security specialist at Bloomberg LP. Up until this point, I hadn’t considered security as a career choice, but meeting Dawn as well as other professional women in the industry heightened my awareness and interest.

In September 2016, I left Surrey Police to take on the role of intelligence researcher for the British Transport Police (BTP). As part of the change, I relocated from Guildford to London and, within a few short weeks, I was tasked with developing the open source intelligence policy, capability and training for the BTP.

Then, in March last year, I attended the ASIS UK Spring Seminar where I met Iskander Jefferies CPP from Securitas. At this point, I had limited knowledge of Securitas or the private security sector in general. However, Iskander explained to me that there might be an -ntelligence position in the pipeline.

Suddenly, the possibility of a new career and further professional development was presenting itself. Having never before placed much faith in the power of networking, I suddenly found new doors beginning to open.

Starting a career in security

Last July, the new role of regional intelligence analyst at Securitas came to fruition and I left BTP to begin my career in security. A few thoughts were running through my mind at the time, with some of them keenly focused on making the transition from the public to the private sector and what this would actually entail. Nevertheless, I was looking forward to a new challenge and broadening my horizons. I’ve been with Securitas for seven months now and I’ve fully immersed myself in the security industry.

Law enforcement agencies have been scrutinised and under pressure in recent years. One positive takeaway from my experience with Surrey Police is an understanding of the importance of intelligence and how it can be gleaned through open source investigation. Although the security industry has made some headway, many organisations could do a lot more to investigate this pool of information.

This is now my ambition: to bring open source investigation to the forefront of private security as a crucial means of safeguarding our clients and assets. As a business, Securitas understands the power of intelligence and enhanced vetting with a number of customers expressing an interest in this service. The ability to gather intelligence to counteract or prevent incidents and offer predictive security is critical, and particularly so in the aftermath of so many premeditated and targeted attacks across the UK in recent times.

Today’s companies have to face a number of threats, and in particular the insider threat. This is where enhanced vetting comes into its own, and notably so for those roles with a heightened requirement for discretion.

The development of the web and social media channels has presented many positives, but this has also opened the door to negative activity. Social media platforms are a primary source of communication for many, meaning that there’s an enormous amount of information and intelligence with which to work. People report suspicious behaviour, post images and videos of attacks and cover a whole host of interesting topics. They even report 101 information to the police service through social media channels.

The intelligence field is always evolving so it’s crucial to stay ahead and keep up-to-date on the latest developments with a heightened emphasis on the technology side of matters.

Engaging with ASIS UK’s Women in Security Group and the ASIS Young Professionals Group has changed the direction of my career which has been an exciting and rewarding journey. That said, I believe there’s much more adventure still to come. I’m looking forward to learning much more about the security sector.

I often think back to advice given by one of my former teachers when I was trying to decide what to study at university. I was urged to “stick to the core subjects” (which I did). I enjoyed my degree, but I’m glad I embarked on a completely different career path.