Improving Life Safety in the HMO Sector: Better Protection for Properties and Occupants 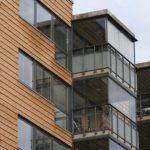 Fire episodes and general life safety issues within Houses in Multiple Occupation (HMO) are being discussed more so now than ever before. With a number of high-profile events casting a spotlight on the overriding importance of the subject, leaders from a multitude of sectors and industries are now working diligently together in a determined bid to better protect these properties and their occupants.

Life safety solutions developer Hochiki Europe is certainly working to enhance levels of fire and life safety in the HMO sphere. Recently, in conjunction with the Fire Industry Association (FIA), the manufacturer convened a round table discussion with a view towards exploring some of the key issues on this topic. Hosted at the FIA’s training facility in Hampton, the round table featured a panel of leading representatives from across the life safety manufacturing, specification and installation worlds to gather insights from every cross-section of the industry.

HMO: Defining what they are

The starting point for the discussion was the confusion around a definition. It’s a confusion that extends well beyond the life safety industry. According to the UK Government’s own definition: “An HMO contains at least three tenants, all in one three-story household, and there is shared toilet, bathroom and kitchen facilities.” As members of the discussion panel pointed out, this definition doesn’t address a number of factors and, as a direct result, is open to a number of ‘grey areas’. In a sense, the descriptor is in fact ill-defined (as suggested by Neil Wright).

Whether it’s commercial, residential, mixed-use or anything else in-between, a building’s purpose must be clearly defined at the outset such that it can be designed and built with compliance and legislation very much in mind. If this purpose isn’t 100% clear from the first instance, the task becomes more difficult and there’s an increased risk of issues occurring. The confusion surrounding the definition also makes the task of meeting regulation that much more challenging.

Further confusion arises around the issue of self-contained flats in high-rise buildings and whether they are, or should be, legally considered to be part of the HMO landscape. Will Lloyd argued that self-contained flats and student accommodation should not be regarded as HMO as they fail the standard test under the Housing Act.

In light of the discussion, the panel members concluded that there are a number of areas of contention around the definition. As such, there’s an industry-wide need to clarify the definition and limit margins for confusion. However, as HMO are so different in shape, size and structure, this is by no means an easy task.

When it comes to the design and build of any premises, there are of course a number of different parties involved. While the exact roles and responsibilities can vary from project to project, it’s important that anyone who plays a role in product specification harbours a solid understanding of how to meet fire and life safety requirements. 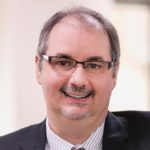 Will Lloyd: technical manager at the FIA

Dave Thewlis questioned whether such an understanding is in place across the industry as a whole. In many instances, product specification doesn’t sit with a representative from the life safety industry unless additional consultation is provided. While the individual responsible for product specification will have some level of awareness when it comes to fire and life safety, there are concerns as to whether that’s actually enough. This, coupled with the inadequate and confusing definition, is definitely a cause for concern.

According to the panel members, one way in which this issue could be addressed would be to create benchmark documents set against HMO and introduce more guidance on the topic such that developers have a greater awareness. A recent White Paper on the use of Part 1 v Part 6 devices in HMO, created by Hochiki Europe, is one example of what this type of supportive literature could look like.

Another way in which to better support developers when it comes to life safety in HMOs would be the introduction of one fully-engineered solution for the market. That solution would encompass all elements of life safety, such as emergency lighting and wayfinding, and be aligned to the specific requirements of HMO. That said, the discussion group agreed that one of the biggest hurdles to such a move is the fact that this is an area where people simply don’t want to spend money.

Developers are not the sole party involved in product specification, and especially so when it comes to HMO. Local authorities also have a role to play in the process, and hold a degree of accountability for ensuring that fire and life safety requirements are met. This resulted in the discussion group members questioning whether these local authorities needed to be more involved in reinforcing safety processes in HMO. Currently, the biggest regulations in play are Local Authority Licensing and the Regulatory Reform (Fire Safety) Order 2005, both of which are enforced by the Fire Brigade (and especially in larger HMO).

When considering possible barriers local authorities may have in meeting their fire and life safety requirements, Richard Wharram questioned whether there’s enough awareness of what precautions must be followed, passive or otherwise. It then became apparent it isn’t just the vague definition of HMO that creates confusion.

According to Will Lloyd: “These precautions vary so much per local authority. We often receive enquiries asking for advice and there’s often confusion over whether a property is a licensed HMO or not. We will then advise them to speak to their local authorities. It varies, especially so in the London Boroughs.” Ian Watts added: “This variation in awareness may be driven by local authorities having different insurance criteria.”

With the above in mind, there needs to be an increase in awareness of the legislative requirements to which every individual involved in the supply, installation or monitoring of life safety in an HMO must adhere. Fundamentally, however, this is only possible if there’s more clarity on the definition of such buildings.

There are a number of factors to consider when installing fire and life safety systems. In the HMO sector specifically, false alarm reduction is one of the most pressing concerns for duty holders. 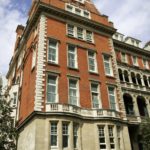 One of the main arguments against Part 1-connected devices in HMO is the hypothetical situation in which a tenant burns toast, for example, inadvertently triggering a full building evacuation. That being said, there are many solutions to counter this, such as having a button within a tenant’s property that can indicate the alarm is false, or alternatively installing sophisticated fire control panel programming.

Another school of thought recognises that having self-contained Part 6 domestic detection devices and connected audio/visual devices in individual flats or rooms can help to avoid total building evacuation in the event of a non-life threatening incident.

It’s important to note that duty holders can only do so much in this area, and that some of the possible solutions to false alarm reduction come with additional challenges. When it comes to Part 6 systems, for example, tenants can sabotage their own devices by disconnecting them or removing the batteries. This isn’t something that duty holders can easily control.

Cost is another consideration that must be taken into account. Often, this is the most critical factor for duty holders, and sometimes this can override safety. This is without doubt a cause for considerable concern and, as such, there’s a need to create systems that balance cost-efficiency with unrivalled performance.

Making the most of new technology

The use of smarter systems such as multi-sensors is one way in which duty holders can address their life safety considerations. Multi-sensors, as well as other newer systems and software, can differentiate between heat and smoke throughout a block of flats. In the case of smoke, the latest multi-sensors will initially trigger an audible alarm within the apartment and send a message to a larger system regarding an ‘event’. If the smoke meets the fire threshold for a full five minutes, this will then trigger a full fire alarm and subsequent processes, including an evacuation and investigation. If the smoke clears, the panel will reset itself.

Using dynamic systems that feature a combination of emergency lighting, detection equipment and mapping technology is another way to optimise life safety in the HMO space. The use of such systems has already been widely adopted across the rest of Europe with great success. The systems can be programmed and interfaced into building management systems or dedicated fire alarm panels. In practice, if smoke is detected and evacuation required, the system will adjust emergency lighting signage to note which is safe to use, displaying red crosses where applicable. There are products available which operate using this type of ’cause and effect’-style programming, in turn allowing people to exit buildings as safely as possible.

Using mixed systems, such as a combination of Part 1 and Part 6 devices, is another potential solution that helps duty holders to meet their cost considerations without compromising on either quality or performance. 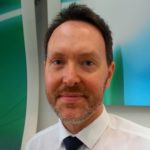 The use of more advanced systems has the potential to transform fire and life safety in HMO. However, these advances in technology must be met with enhanced education for specifiers, installers and duty holders alike. It cannot be assumed that an electrician working on an installation in an HMO will know how Part 1 and Part 6 devices can interact with one another, or when and where each should be used. Enhanced regulations and promoting minimum qualifications for life safety professionals are just two ways in which this could be countered.

From a clearer definition of an HMO to greater awareness of legislation, then, there are a number of challenges when it comes to enhancing life safety in this area of the built environment. In addition, there’s a clear need to recognise that it’s not just the life safety industry that has a role to play in addressing these issues.

Continuing that last point, it follows that leaders from across industries like manufacturing, construction, specification and more must join forces to find ways of moving forward. Education is at the crux of this, be it in the form of round table discussions and debates, White Papers or Continuing Professional Development-focused initiatives.