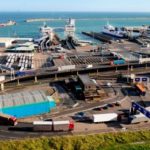 A new initiative aimed at tackling the problem of counterfeiting in the maritime sector has been welcomed by the International Hologram Manufacturers Association (IHMA). The industry trade body has stated that the new Know Your Customer (KYC) Best Practices scheme heralds “a significant step forward” in the battle to thwart the volume of counterfeit goods being shipped around the world.

According to a report published by the Organisation for Economic Co-operation and Development (OECD) and the European Union’s Intellectual Property Office, the value of global trade in counterfeit goods in 2013 amounted to US$461 billion. The OECD estimates that the total economic and social cost globally due to counterfeiting and piracy worldwide is expected to rise to more than US$1.8 trillion by the year 2022.

The KYC initiative lays down a voluntary framework of steps that maritime companies can take to ensure they know even more about who’s shipping products on their vessels. All those involved in the global supply chain, including brand owners, vessel operators, freight shipping companies and trade authorities will benefit from the initiative that tackles the massive global counterfeiting issue.

The initiative also highlights the measures that can be taken to deal with the problem, which can include increasing the adoption of track and trace systems featuring hologram technologies. 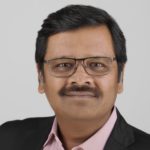 Manoj Kochar, chair of the IHMA, believes that counterfeiting is a big problem for the shipping industry, but that the KYC can be seen as step in the right direction in stemming the impact and securing global jobs. “This historic ‘Declaration of Intent’ to stop the maritime transport of counterfeits is a further reminder that the war on counterfeiting remains far from won, and that global brands and profits need to be protected,” urged Kochar. “As a result of this latest initiative, global brand owners and maritime companies will see how relatively low cost, yet effective hologram technologies can be of benefit. When included as part of a supply chain track and trace system, for example, holograms are very much to the fore in tackling counterfeiting and securing authentication.”

The increasing adoption of holography reinforces the technology’s position as a pre-eminent security feature in the global anti-counterfeiting fight. The use of well-designed and properly deployed authentication solutions, as advocated within ISO 12931, enables examiners to verify the authenticity of a legitimate product, differentiating it from the counterfeits in the marketplace. Even those that carry a ‘fake’ authentication feature can be distinguished from the genuine item if that item carries a carefully thought-out authentication solution.

The IHMA is made up of 100 of the world’s leading hologram companies. Members include the leading producers and converters of holograms for banknote security, anti-counterfeiting, brand protection, packaging, graphics and other commercial applications around the world. They actively co-operate to maintain the highest professional, security and quality standards.