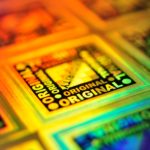 The International Hologram Manufacturers Association (IHMA) states that a new report on job losses due to counterfeiting is “extremely disturbing” and urges a “redoubling” of global authentication strategies. Published by the Organisation for Economic Co-operation and Development (OECD), the report entitled ‘Illicit Trade: Fuelling Terror Financing and Organised Crime’ predicts that global job losses due to counterfeiting and piracy will exceed five million by 2022, representing an increase of 110% when compared to 2013 figures (upwards of 2.6 million).

In addition, it’s estimated by the OECD that the total economic and social cost globally due to counterfeiting and piracy worldwide, which stood at US$737 to US$898 billion in 2013, is expected to rise to US$1.54 to US$1.87 trillion by 2022.

The IHMA states that the message is clear: counterfeiting is a global phenomenon that shows no sign of abatement – and more needs to be done to combat this problem.

Manoj Kochar, chairman of the IHMA, feels it’s incumbent upon all those in the fight against counterfeiting to act decisively in order to stem its impact and secure industry jobs.

“This report underlines the role technologies such as holograms can play in the battle against counterfeiting and piracy,” explained Kochar. “They remain paramount weapons in tackling counterfeiting and securing authentication in global supply chains. This report is a sobering reminder that the war on counterfeiting remains far from won, heralding a wake-up call for those desperate to protect brands and profits around the world. Efforts need to be redoubled to tackle the problem. This might include increased integration of holograms as part of brand protection strategies and even more investment in industry talent and skilled experience.”

The increasing adoption of holography reinforces the technology’s position as a pre-eminent security feature in the global anti-counterfeiting battle. The use of well-designed and properly deployed authentication solutions – as advocated in ISO 12931 – enables examiners to verify the authenticity of a legitimate product, differentiating it from the counterfeits present in the marketplace.

Even those products that carry a ‘fake’ authentication feature can be distinguished from the genuine item if that item carries a carefully thought-out authentication solution.