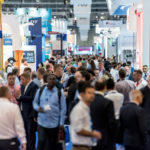 No less than 27,658 security professionals and 578 exhibiting suppliers joined forces at IFSEC International 2017. Taking place at ExCeL in London’s Docklands from 20-22 June, the only large-scale security event running in Europe this year offered three days of product launches, live demonstrations, networking, meetings and educational programmes for an audience emanating from no less than 116 different countries.

Perhaps the most significant new feature introduced for the 2017 edition of the ever-popular event was Borders & Infrastructure Expo. Sponsored by Genetec, this ‘show within a show’ featured The Drone Zone, live attack tests carried out by BRE Global/LPCB in the Attack Testing Zone, a VIP Meeting Service, the Home Office’s JSaRC and a dedicated seminar stream.

Focusing on solutions and learning for large-scale security threats, Borders & Infrastructure Expo provided a platform for exhibitors never before seen at IFSEC International to meet with a new audience of high-level security professionals from Government, the energy sector, the utilities and the transport world.

Following its debut last year, The Drone Zone was at home within the new Borders & Infrastructure Expo. Once again, The Drone Zone wowed the crowds with live airborne demonstrations of drone technology from (among other innovative developers and service providers) Yuneec and Aviat Drones.

2017 also witnessed a larger focus on anti-drone solutions, with a range of exhibitors such as DeDrone showing off its solutions designed to protect organisations against UAV technology, reminding visitors of the significant threat this developing technology can pose as well as the vast security opportunities now available.

In the dedicated Borders & Infrastructure Theatre, former International Air Transport Association leader John Hedley argued that: “We’re making life too easy for terrorists”. This set the tone for the rest of the three days, with a wide range of seminar sessions well-suited to a high-level audience and covering a range of topics including border control, counter-terrorism, major event security and cyber solutions for securing critical infrastructure.

Addressing a packed auditorium, Professor Cox said he had asked the organisers “if they needed me to talk about safety and security. They said ‘No. Just talk about the universe.’”

As always, a huge number of the 578 exhibiting companies chose IFSEC International as the launchpad for their new products and cutting-edge innovations. Among the solutions unveiled at the show was Veracity’s end-to-end Command and Control system, Edesix’s new body-worn camera series, Calipsa’s Artificial Intelligence-powered video monitoring platform and Redvision’s “quietest and fastest-ever” PTZ and mould-breaking rugged camera enclosure. IDIS, meanwhile, introduced a new seven-year warranty – the longest in the industry.

This year, IFSEC’s organisers UBM had been able to formalise the vast range of discounts on offer from their exhibitors and launched the ‘IFSEC Discount Programme’ at the June event. The programme gave visitors a lot more clarity on the tangible and financial benefits they would receive from the three days away from the office, with a range of security’s brand new solutions available exclusively at discounted prices of up to 30% during the show.

An area of the show dedicated to installers was another IFSEC ‘first’. Sponsored by RISCO, Installer World featured The Tool Zone where, courtesy of Anglia Tools, visitors could sample a wide range of tools and gadgets to aid them in their jobs and take advantage of exclusive discounts.

It also brought visitors face-to-face with exhibitors such as Hikvision and Panasonic, gave them the opportunity to fulfil their ‘shopping list’ (with trade distributor Oprema taking orders onsite), hosted the ever-popular Engineers of Tomorrow competition and housed the installer-specific Tavcom Training Theatre.

When the show wound down, visitors to Installer World were able to network with recruitment consultants in their new dedicated bar. Sponsors Videcon provided the drinks.

The seminar theatres were particularly busy in a year when security-related issues have rarely been out of the national and international headlines. In the Security Management Theatre, for example, a packed audience heard how video analytics are perhaps being “oversold and underused” but remain key to preventing terror attacks.

The aforementioned Tavcom Training Theatre featured presentations on cyber security, preparing CCTV evidence for the criminal courts and how to optimise networks for surveillance.

As well as the Borders & Infrastructure Theatre, IFSEC 2017 also introduced the Smart Theatre focusing on the growing world of home automation, smart commercial buildings and integrated security and building management systems. Topics presented here included the risks and vulnerabilities posed by IoT systems, smart data and analytics and the vast array of opportunities smart technology now presents to both end users and installers.

*35% of visitors emanated from overseas with 116 countries represented

IFSEC International will return to London’s ExCeL next year from 19-21 June. Continue to access www.ifsec.co.uk for further information