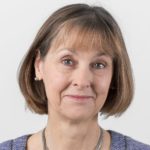 ICSA: The Governance Institute has announced the appointment of Sara Drake as the successor to CEO Simon Osborne, who’s due to step down at the end of June. Drake will join ICSA in early March as CEO Designate before formally taking over as CEO on 1 July.

Drake was previously CEO of the Association for Project Management and has also held managing director roles at the Royal Town Planning Institute and with the Home Builders Federation. In her new role at ICSA, Drake will be responsible for members and students in the UK, the Crown Dependencies, the Republic of Ireland, sub-Saharan Africa, the Middle East, Mauritius, Sri Lanka, the Caribbean and, indeed, further afield.

Commenting on the appointment, John Heaton (president of ICSA) stated: “Sara has a wealth of experience gained by working with several professional bodies. We’ve appointed someone whom I’m confident will build on Simon’s achievements as CEO. For the past seven years, Simon has done much to modernise our professional body, enhance its reputation and build a strong management and support team. Following a significant change programme designed to strengthen member engagement and reinvigorate the branch network, extend the range of ICSA’s qualifications and training and raise the organisation’s profile to reflect the increasing global importance of good governance, ICSA is now in a substantially stronger position now than it was.”

Drake responded: “It’s a great privilege to be appointed CEO of an Institute which has been at the heart of good governance for 128 years. I look forward to helping the Institute drive governance policy forward, as well as ensuring that ICSA continues to meet the needs of the modern governance professional. The complexity of the global governance landscape means that the demand for high-calibre individuals to lead good governance is greater than ever. I’m delighted to be joining an organisation with such a proud history of training and supporting those who perform such a crucial role.”

Drake studied law at the University of Cambridge and has spent much of her career working in the media sector for both publishing and television companies and as a writers’ agent.

In recent years, Drake has worked with professional bodies in the built environment and construction sectors. She was appointed CEO of the Association for Project Management in 2015, which was awarded a Royal Charter in 2016 and launched its new Chartered Standard for the profession last year.

Drake is an Honorary Fellow of Kingston University and a Board member of the Quality Assurance Agency and holds non-executive directorships in both the private and charity sectors.