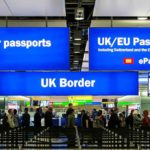 A former UK Border Force leader is behind a new organisation that aims to strengthen border management globally. The International Border Management and Technologies Association (IBMATA) is the brainchild of Tony Smith, who also led the UK Government’s border security programme for London 2012 which saw three million athletes, coaches, spectators and officials processed at the UK border on top of ‘business as usual’.

IBMATA, which has its official launch at the Border Management & Technologies Summit Asia Conference in Kuala Lumpur next month, aims to promote Best Practice in border management principles and the intelligent use of both new and emerging technologies.

Smith, who chairs IBMATA, believes that better collaboration and joint working at both the national and international level is the main factor that will determine the successful management of international border controls.

“Border controls have never been under greater pressure, while matters will only become tougher for the agencies managing them,” explained Smith. “More people are crossing international borders than ever before. Air traffic is due to double over the next 20 years, while freight is set to triple in volume across the same period. Terrorism and cyber threats are global and fluid. It’s time for another radical shift in the way in which we manage border controls.”

During his 40-year career, Smith served as regional director for London and the South East at the UK Border Agency, as well as head of border control in the UK Immigration Service and head of ports and border management in Citizenship and Immigration, Canada. He was awarded the CBE in 2013 for services to the safety and security of London 2012. After retiring from public service, Smith then became managing director of Fortinus Global Ltd.

“The introduction of technologies into future borders will be a huge part of that radical shift,” added Smith, “but, regardless of the capabilities involved, the real change will only come through collaboration. That means bringing together the ecosystem of border management. Control agencies, airlines, airports, rail and sea carriers, port control authorities, academics, policy-makers and technology providers big and small all have a role to play.”

A not-for-profit organisation, IBMATA intends to build a platform for communication and collaboration, develop and manage international events and workshops for members and partners, build a library of relevant materials on the principles of modern day border management and the latest advances in technology and also work with its members and partners to identify models of Best Practice.

Membership is open to any department, agency, organisation or company that has a role or an interest in border management or the safe and secure movement of goods and people on the international stage. Further information is available online at www.ibmata.org