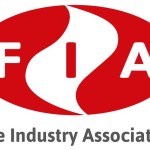 The Fire Industry Association was formed in April 2007

The Fire Industry Association (FIA) has announced the appointment of Ian Moore as its new CEO with effect from 1 September 2015. Moore, who joins from Elmdene International where he served as managing director, succeeds Graham Ellicott in this highly important role.

Moore served in the Royal Navy for a decade, becoming Chief Petty Officer by the age of 23 and subsequently gaining further promotions. He then joined the Sultan of Oman’s Armed Forces in Muscat, serving as an officer for three years.

A spell at Chubb followed whereupon Moore concentrated on fire system sales for three years. He then worked at Cerberus (now Siemens) for seven years, three of them spent as general manager of Cerberus Taiwan. Moore also headed up Cerberus Dubai for a similar time period.

Moving back to the UK, Moore then established a fire and gas division of Zellweger Analytics (now Honeywell). He became interested in video processing as a method of fire detection and developed this interest further by joining ISL as managing director, helping to develop analytics-based fire detection solutions as well as other specialised systems.

This period culminated in Moore and the business winning the Queen’s Award for Innovation. Along the way, ISL also acquired a number of voice technology companies specialising in telephonic hardware and digital signal processing systems. 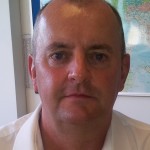 Ian Moore: the new CEO of the FIA

ISL eventually segregated its fire detection business and formed D-Tec, which specialised in video analytic technologies for smoke and fire detection as part of the Dedicated Micros Group of Companies.

Speaking about Moore’s appointment at the FIA, Martin Harvey – the not-for-profit Trade Association’s chairman – enthused: “I’m very pleased to announce Ian Moore as the new chief executive of the FIA. I believe Ian’s knowledge and the 25 years-plus experience he has amassed within the fire industry will make a significant contribution to our organisation. Ian is very much looking forward to working with the FIA’s members and supporting the team based at headquarters.”

*Ian Moore has made a short video introducing himself to the FIA and its membership. Risk UK’s readers can view the video by accessing this link: http://bit.ly/1Wy6qn7

**The FIA exists to promote professional standards in the UK’s fire safety industry. The Association was formed in April 2007 out of a merger between two long-standing and well-respected Trade Associations, namely FETA (the Fire Extinguishing Trade Association) and the BFPSA (the British Fire Protection Systems Association)