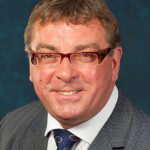 Ian Livsey: the new CEO at the Institute of Risk Management

The Institute of Risk Management – the leading international professional body for the vitally important discipline of risk management – has appointed Ian Livsey as its new CEO. Livsey arrives with a mandate to deliver “benchmark standards” for the risk industry.

Previously, Livsey held chief executive posts with the Gangmasters Licensing Authority, the Centre for Rail Skills and the Guidance Accreditation Board in addition to a number of roles as chairman across several organisations. The latter have included stints with the Government’s TrustMark organisation (which accredits trades), the aforementioned Centre for Rail Skills (which sets national occupational standards for traction and stock maintenance), SummitSkills (the body that defines standards for the building services engineering industry) and the charity JTL. The latter organisation provides advanced apprenticeships and training solutions for the building services sector.

At the Institute of Risk Management (IRM), a couple of Livsey’s priorities will be to raise awareness of the IRM’s professional standards for members and, at the same time, champion its new certification scheme (more of which anon).

Welcoming Livsey to the IRM, recently-appointed chairman José Morago said: “Ian’s background in standards setting fits perfectly with the IRM’s renewed focus on standards and professionalism for today’s risk practitioners. We warmly welcome Ian to the organisation and look forward to the benefit his vast experience will bring.”

Speaking to Risk UK, Livsey himself commented: “I’m determined to seize the challenges and opportunities facing our members. The complexity of today’s risk environment makes an irrefutable case for the IRM’s focus on standards and certification. I look forward to being part of the IRM as it takes the lead in these initiatives which are specifically orchestrated to support risk practitioners, employers and Governments.”

The IRM is an independent, not-for-profit organisation that champions excellence in managing risk to improve organisational performance.

The organisation actively does so by providing internationally-recognised qualifications and training, publishing detailed research reports and guidance and generally raising professional standards across the world.

Members of the IRM work in all industries, in all risk disciplines and across the public, private and not-for-profit sectors.

The IRM’s certification scheme, which is due to be launched later this year, will provide risk practitioners with a new professional designation – certified status (CMIRM). This will be achieved through a combination of qualifications, experience, Continuing Professional Development (CPD) and adherence to the IRM’s Code of Ethics.