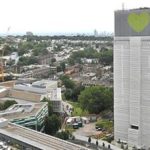 Grenfell Tower as it appears in the Summer of 2018

Urgent and wide-ranging action to ensure the safety of people living in high-rise buildings needs to be taken by the Government, including extending a proposed ban on combustible cladding and tackling the conflicts of interest that are pervasive throughout the construction industry. That’s the view of MPs on the Housing, Communities and Local Government Committee, who recommend extensive changes to Building Regulations following the publication of the Final Report of the Independent Review of Building Regulations and Fire Safety set up after the Grenfell Tower fire in June last year.

The Committee’s report outlines several conflicts of interest that exist in the construction industry. The Committee is particularly concerned with how builders are able to appoint their own inspectors, who may have a commercial interest in not reporting bad practice to the local authority, and manufacturers choosing the most lenient testing bodies for their products.

The Committee also calls for the Government to prohibit the practice of Fire and Rescue Authorities acting as the enforcement authority where their commercial trading arms are providing safety advice.

The report calls for ‘a robust system of oversight and meaningful sanctions, but underpinned by a strong and prescriptive approach’ and argues that the two should not be seen as mutually exclusive. The MPs welcome the Government’s intention to ban the use of materials which are not of limited combustibility in the cladding of new high-rise buildings, but states that the ban must also apply to existing buildings and residential homes, hospitals, student accommodation and hotels.

Where feasible, the Committee feels that sprinklers should be fitted to all high-rise residential buildings to provide an extra layer of safety and that the Government should make funding available for installation in both council and Housing Association-owned buildings.

The report highlights several examples of conflicts of interest in the industry, with Fire and Rescue Authorities inspecting the work of their own commercial trading arms, builders appointing their own inspectors and private sector companies influencing fire safety guidance.

MPs on the Housing, Communities and Local Government Committee believe that reforms should be rolled out to the whole of the construction industry. It’s clear that the ownership and responsibility of privately-owned buildings is often complex and recommends. On this point, the Committee recommends that the Government should conduct an urgent review into responsibility and liability around such buildings to ensure the necessary work can be carried out for the safety of residents, which is paramount. The Government should then produce further subsequent guidance for building owners.

Also, the Committee calls upon the Government to introduce a low-interest loan scheme for private sector building owners designed to ensure that remedial building work is carried out as quickly as possible and that costs are not passed on to leaseholders.

Clive Betts MP, chair of the Housing, Communities and Local Government Committee, said: “We are now more than a year on from the catastrophic events at Grenfell Tower, yet despite an Independent Review of Building Regulations, we’re still no closer to having a system inspiring confidence that residents can be safe and secure in their homes. We agree with Dame Judith Hackitt’s Independent Review that there’s a need for a fundamental change of culture in the construction industry, but there are also measures that can and should be introduced now.”

Betts continued: “We welcome the intention of the Government to ban combustible cladding, but the proposals do not go far enough. A ban on dangerous cladding must be extended beyond new high-rise constructions to existing residential buildings as well as other high-risk buildings.”

In addition, Betts stated: “The industry is riven with conflicts of interest at every turn, with manufacturers choosing the most lenient testing bodies for their products. It just cannot be right that builders are allowed to choose who marks their ‘homework’. Urgent action is needed to make sure this doesn’t continue. Fire and Rescue Authorities should not be able to pass judgement on the work of their own commercial trading arms.”

By way of conclusion, Betts explained: “The current complicated web of Building Regulations is compromising safety and putting people at risk in their own homes. It desperately needs both simplifying and strengthening. The Government must act now before more lives are lost.”