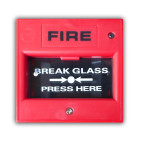 Nine out of every ten locations on London Fire Brigade’s (LFB) Top Ten list for false fire alarm call-outs in the capital are hospitals. The new figures – which refer to false alarms generated from automatic fire alarm and fire detection systems – highlight the fact that more than one third of LFB’s call-outs are to false alarms, equating to one every 15 minutes, with hospitals being the worst culprits.

A year ago, LFB kick-started a policy of recovering £295 for the tenth false alarm attended at the same site within a 12-month period and thereafter for each subsequent false alarm. This has resulted in a reduction of 7.3% on false alarm calls in 2014, but LFB fire chiefs are keen to see even greater improvements.

To this end, they’re now working closely with building owners on improving the reliability of their automatic fire systems. Collaboration with Heathrow Airport’s management team, for example, has borne fruit with a reported reduction in the number of calls by around 70% since April 2013.

Since introducing the financial penalty system, nearly £500,000 has been generated for the LFB (although more than half of the invoices issued still have to be paid).

However, Neil Orbell, Head of Fire Safety, said: “This is not a money-making scheme, and the last organisations we want to charge are hospitals. That being said, we’re called to over 30,000 false alarms every year and some hospitals we go to nearly every week. We want to work with hospital management teams on this issue which is why we will wait until the tenth call before we start to recover our costs. We also work with them to see how they can improve the all-round maintenance and management of their automatic fire alarm systems.”

Orbell added that false alarms are a public safety issue because they ‘can cause complacency’. “When alarm systems sound all the time, there can be a tendency for people to ignore them,” asserted Orbell. “In the case of a real fire, this could be disastrous. Moreover, these false alarms could delay attendances at real emergencies.”

A statement issued to ITV News from St George’s Hospital in Tooting, which experienced the highest number of false alarm call-outs last year, said: “Many Hospital Trusts rely on a ‘double-knock’ fire alarm system where a central security office is alerted to the location of an activated fire alarm and assesses the severity before deciding whether to call the fire brigade. Due to the size of our site (which is one of the largest single-site hospitals in the UK), we’ve chosen to operate under an automatic system where the fire brigade is alerted immediately when an alarm is activated. This is a decision based on the safety of patients, staff and visitors to our site.”

The statement continues: “However, we acknowledge that false fire alarms cost money and waste time so we’re currently embarking on a £4 million programme across the next three years to update all 5,500 fire sensors on the site. We continue to work with the London Fire Brigade and the Fire Industry Association (FIA) to reduce the incidence of false alarms on our site.”

Aware of the need for constant reminders around this subject, the FIA has produced an infographic designed to help anyone responsible for fire safety in non-domestic premises. In addition to detailing pertinent facts and figures about false fire alarms, the infographic provides useful information to both the Fire Service and businesses on how to cut false alarm costs.

Top Ten locations for the most false calls in London (2014)

The London Fire Brigade (LFB) has also unveiled its new state-of-the-art £7 million Training Centre in Park Royal, a purpose-built complex designed to replace the Brigade’s former Southwark Training Centre that had been in use since 1878.

Together with the LFB’s other dedicated training facility which opened in Beckton last year, this marks the completion of the biggest modernisation of firefighter training in the capital for over a century.

Each year, around 500 educational courses will be run at the new Training Centre which features a four-storey zero-emission fire house allowing firefighters to carry out fire and breathing apparatus training in a range of challenging real fire scenarios (including simulating fires in houses, commercial buildings and basements).

In addition, there’s a tower for ladder and line rescue training as well as classroom facilities.

The Training Centre covers 4,000 square metres and plays host to 60 square feet of solar panels generating electricity, a green roof with vegetation layers to give insulation, chimneys to provide the building with natural wind ventilation and a system for recycling and reusing water deployed in training exercises.

Speaking about the facility, London Fire Commissioner Ron Dobson commented: “Today’s firefighters don’t just fight fires and so need to be skilled in a wide range of disciplines. Along with our other Centre of Excellence in Becktonh, this state-of-the-art venue will bring our training facilities into the 21st Century while providing us with a first class, realistic and safe educational environment that will prepare our staff for any challenges they might face.”

The two venues are provided by the Brigade’s training partner, Babcock International Group, an FIA member. Outsourcing training to a private provider is saving the LFB an estimated £66 million over the life of the contract.

Babcock’s director of training Gordon Reynolds explained: “Park Royal is a truly unique facility with its commitment to the green agenda and a specialist carbonaceous fire house, the only one in the UK to provide a real fire house experience underground.”