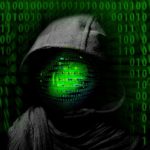 Speaking at the recent CYBERUK Conference in Manchester, Home Secretary Amber Rudd announced that, as part of a £9 million fund, law enforcement’s response to The Dark Web will be bolstered to tackle those who use the anonymity of the online space for illegal activities such as the selling of firearms, drugs, malware and people.

More than £5 million will also be used to support the police service to establish dedicated cyber crime units designed to investigate and pursue cyber criminals at a regional and local level. The funding is part of £50 million of newly allocated money to ensure that police and prosecutors have the capabilities they need to tackle cyber crime at a national, regional and local level during the course of 2018-2019.

Rudd stated: “The world of cyber is fast-developing and we need a fast-developing response to match. One that recognises that it’s the responsibility of everyone in the UK to fight the evolving threat. That’s why I’m pleased to announce that we will be investing over £50 million across the next year to bolster cyber capabilities within law enforcement at a national, regional and local level. We need to make sure we stay not just at pace, but rather steps ahead of those who seek to exploit the possibilities of modern technology. I’m determined that this Government will continue to tighten the net.”

A proportion of the £50 million will be used to develop a new national training programme for police and the wider criminal justice system that’s sponsored by the National Police Chiefs Council. This will equip officers with the tools to properly investigate and prosecute cases of cyber crime, including those relating to The Dark Web.

The Cyber Aware campaign, a special cross-Government initiative, will also receive a further £3 million of funding for 2018-2019 in order to educate members of the public and businesses alike when it comes to the latest advice on how to protect themselves from cyber crime. 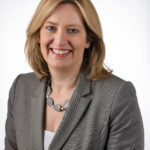 Commissioned by the Home Secretary and backed by £40 million of Home Office funding, the Government’s first Serious Violence Strategy marks a major shift in its response to knife and gun crime.

It strikes a balance between prevention and robust law enforcement with a new £11 million Early Intervention Youth Fund for community projects designed to assist young people in living lives free from violence.

The Serious Violence Strategy identifies the changing drugs market – in particular the devastating impact of crack cocaine – as a key driver of the violence harming our communities and announces a range of powerful actions to tackle the issue of ‘county lines’ and its implications for drugs, violence and the exploitation of vulnerable people.

The Home Secretary launched the Serious Violence Strategy at an event in central London before an audience of community groups, public sector partners and industry representatives, among them various organisations and charities with whom she has met in recent weeks.

Amber Rudd also announced that she will lead a new Serious Violence Task Force, bringing together the voluntary sector, local Government, the police and other key sectors to ensure that the strategy’s delivered effectively.