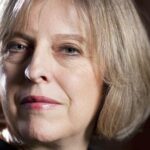 Home Secretary Theresa May has announced a new Task Force designed to crack down on fraud in the UK, at the same time stating that “fraud shames our financial system”.

The Joint Fraud Task Force will comprise key representatives from Government, law enforcement and the banking sector and create “a new era of collaboration resulting in shared intelligence, a unified response and greater awareness of the risk of fraud” among today’s consumers.

The Task Force will include the City of London Police, the National Crime Agency, Financial Fraud Action UK, the Bank of England, Cifas and CEOs from the major banks.

At a meeting attended by key sector bodies and co-chaired by the Lord Mayor of London and the Home Secretary, members came together to sign a declaration of their commitment to tackling fraud and reducing its devastating impact.

Setting out the work for the new Task Force, the Home Secretary said: “Our economy relies on the financial system. Everyone in this country benefits from its global success, but the scale and volume of financial activity also brings serious risks of economic crime and real opportunities for criminals to defraud hard-working taxpayers of their savings and earnings.”

May added: “Fraud shames our financial system. It undermines the credibility of the economy, ruins businesses and causes untold distress to people from all walks of life. For too long, there has been too little understanding of the problem and too great a reluctance to take steps to tackle them.”

The Home Secretary concluded: “The new Joint Fraud Task Force will bring the collective powers, systems and resources of banks, payment providers, the police, wider law enforcement and regulators to bear on this threat.”

The work of the Joint Fraud Task Force will include:

*Collective response – Fast-tracking intelligence sharing between banks and law enforcement agencies to realise a more co-ordinated approach for combating serious and organised crime gangs, including the creation of a new ‘Top Ten Most Wanted Fraudsters’ listing

*Victims and vulnerability – More efficient identification of victims and potential victims, including the national roll-out of intervention training for bank employees

This new Task Force will build on ongoing work conducted across the financial sector and the law enforcement community to protect consumers, such as that carried out by the Dedicated Card and Payments Crime Unit where police officers work alongside industry fraud investigators to disrupt fraudsters and secure convictions.