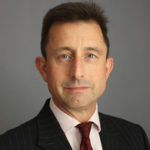 Former Royal Navy Rear-Admiral Matthew Parr took up his post as one of Her Majesty’s Inspectors of Constabulary on Monday 1 August. Parr was selected following a rigorous recruitment process which included the necessity for approval by the Prime Minister Theresa May and Her Majesty The Queen.

In the course of his new duties, Parr will now oversee police forces in the London region, non-Home Office forces and the National Crime Agency, and will also have responsibility for inspecting counter-terrorism policing in addition to organised crime policing.

Speaking about the appointment, new Home Secretary Amber Rudd said: “I’m delighted to confirm Matthew Parr as Her Majesty’s Inspector of Constabulary. Matthew brings a wealth of expertise and experience from his career in the Royal Navy that will be invaluable in his new role, and I look forward to working with him in the future.”

Parr has enjoyed a varied and distinguished career in the Royal Navy, gaining wide experience in a range of executive and command roles. This includes time spent as Assistant Chief of the Naval Staff and as a commanding officer.

“I’m delighted to have been appointed to this prestigious post,” explained Parr. “Policing is a crucial and demanding public service, and I look forward to using the experience I’ve gained during a rewarding career within the Royal Navy to help promote further reform and improvement.”

The aforementioned recruitment process followed the Office of the Commissioner for Public Appointments (OCPA) Code of Practice for public appointments. The selection panel was chaired by an OCPA public appointments assessor and comprised a senior civil servant, Her Majesty’s Chief Inspector of Constabulary and an independent member.

Sir Thomas Winsor, Her Majesty’s Chief Inspector of Constabulary, commented: “Matthew Parr brings to HMIC considerable expertise and experience which will be of very great value in our work. I most warmly welcome him to this role. He takes over from Stephen Otter, who left the HMIC in May this year after four years’ distinguished service. In terms of timescales, Matthew has been appointed for a period of five years.”