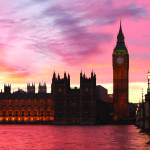 All non-departmental public bodies (NDPBs) such as the Security Industry Authority (SIA) are subject to periodic substantive reviews (known until recently as Triennial Reviews). The review of the SIA begins on 11 January and is being undertaken as part of the Government’s commitment to “regular and rigorous reviews” of the function and form of public bodies with a view towards transparency, accountability and maximising value for money for the taxpayer.

In the case of the SIA, the review will be carried out on behalf of the Secretary of State by a designated senior Home Office official who is independent of both the Regulator and its sponsorship unit within the Home Office.

All private security industry stakeholders are now encouraged to contribute towards the review process by completing an online survey.

The Call for Evidence is open to all interested parties, but in particular those with a direct interest in the work of the SIA (among them employers and employees, local authorities, police forces, other Government departments, the devolved administrations and professional bodies). 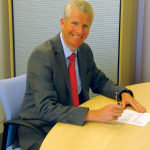 Alan Clamp: CEO of the SIA

Commenting on the review, the SIA’s CEO Alan Clamp said: “The purpose of the review is to identify what we do well, what changes might be required and areas where we could perhaps be more effective and efficient in our operations. This is why we encourage everyone who is involved in the private security industry, at whatever level, to offer their views and complete the online survey. This is your industry, and this review is an opportunity for you to have your say on how the SIA carries out its regulatory duties.”

*The online survey is available on the Home Office website

Comments made in response to the Call for Evidence will be considered by the review team and ultimately inform the final report submitted to Home Office ministers. The completed report will be laid in the libraries of the Houses of Parliament and published on the GOV.UK website in late Spring 2016.

A new section entitled ‘Review of the SIA’ has been created on the SIA’s website. This contains further information on the scope of the review. It also includes a new publication ‘SIA Annual Review 2014-2015: Improving Standards and Protecting the Public’.

The SIA’s main duties are the compulsory licensing of individuals undertaking designated activities and managing the voluntary Approved Contractor Scheme for security companies.