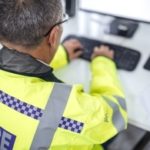 The Home Office is introducing legislation that will shake up how complaints made against the police are handled and improve the discipline system for officers. The changes, which are scheduled to come into effect on 1 February, ensure that complaints can be dealt with quickly, effectively and proportionately, not just for the benefit of the public but also for the police service itself.

In addition to simplifying the police complaints system, the proposed changes also mean that practising Police and Crime Commissioners will have a greater role to increase independence and improve complaints handling.

The Government’s Policing and Crime Minister Kit Malthouse said: “The majority of our brilliant police are extremely professional and standards remain high. When police forces fall short of these standards, though, it’s important to have a system in place that can quickly establish what has gone wrong, hold officers to account where necessary and ensure lessons are learned. These reforms will deliver on this necessity and ensure that the public can maintain confidence in the integrity of our world-class police service.”

The reforms will also deliver a more efficient system for dealing with police misconduct, making the investigation processes simpler and therefore quicker, including a requirement to provide an explanation where investigations take longer than 12 months.

Importantly, the reforms aim to make the discipline system more proportionate and encourage a much greater emphasis on learning from mistakes.

Chief Constable Craig Guildford, the National Police Chiefs’ Council’s (NPCC) lead for complaints and misconduct, said: “We’ve listened very carefully to the views of officers, the public and everyone involved in the complaints process throughout this work. This package of measures addresses the valid concerns over timeliness, accountability and proportionality and puts the focus on learning, reflection and fairness. These reforms are aimed at all levels across the police service and have come together after work with the Home Office, the Police Federation, the Independent Office for Police Conduct (IOPC) and the Superintendents’ Association. There will be greater involvement for local supervisors and a move away from punishment and blame for lower level misconduct to a focus on learning and development.”

Guildford added: “The majority of police officers serve the public to the highest standard. Society rightly expects the service to act with honesty and integrity and any instance of gross misconduct falling below that standard will continue to be dealt with robustly.”

The Home Office has worked closely with the NPCC, the IOPC, the Association of Police and Crime Commissioners, staff associations and others to develop a comprehensive package of improvements. These include:

*simplifying the complaints system, making it easier to navigate and putting a greater emphasis on handling complaints in a reasonable and proportionate manner. An enhanced role for Police and Crime Commissioners will strengthen independence

*focusing the formal discipline system on breaches of professional standards that would result in formal disciplinary action, thereby enabling line managers to focus on improving individual learning and behaviours in response to lower level conduct matters – all based on a new ‘Reflective Practice’ review process

As the professional body for the police in England and Wales, the College of Policing has developed training for all officers, HR teams and professional standards departments to support the service in implementing the reforms.