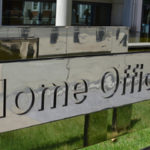 A new video link scheme designed to improve the way in which police officers give evidence and free up more time for their front line duties is going to be piloted thanks to an £11 million cash injection from the Government. The Video-Enabled Justice (VEJ) initiative, which is being led by Sussex Police and Crime Commissioner Katy Bourne, will make use of a network of high-tech video links in police stations and other buildings such that officers can give evidence direct to Courts of Law without the need to travel. This initiative is to be piloted across London and the South East.

Sussex Police figures show that a police officer can spend over five hours away from work for each court appearance. As well as saving valuable police time waiting for court proceedings, the pilot will create facilities for vulnerable victims to give evidence away from court, as well as assisting key witnesses who are unable to travel.

Further work is going to be conducted on using the network for vulnerable victims to give evidence remotely or for key witnesses, who are unable to travel to court, to participate.

Nick Hurd, Minister for Policing and the Fire Service, announced the funding in a speech delivered at the Police Superintendents Association Conference. The cash injection forms part of a £60 million package for police reform and digitisation projects courtesy of the Police Transformation Fund.

“We must embrace digital policing, push forward with vital reforms and transform forces so that we can take on the challenges of policing in the years to come,” explained Hurd. “Crimes traditionally measured by the independent Crime Survey for England and Wales are down by more than a third since 2010, but we know that crime is changing. This means we must be ambitious in our improvements. Police Transformation Fund-supported projects like Video-Enabled Justice are exactly the type of endeavour that will maximise front line police time and mean that police officers can better respond to the evolving challenges of ensuring public safety.”

The £11 million awarded for the VEJ initiative builds on an earlier project trialled in Sussex, which was funded through the Police Innovation Fund. If successful, the scheme could be rolled out nationally in the future. 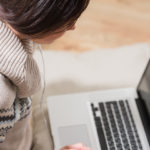 Katy Bourne, who’s also chair of the Sussex Criminal Justice Board, stated: “I welcome this groundbreaking investment from the Home Office. The criminal justice partners with whom I’ve worked on this bid all want to provide the best possible experience for victims and witnesses to give evidence. This funding will allow us to embed Video-Enabled Justice across the system and deliver greater flexibility and access to court time, saving police officers and witnesses up to five hours waiting for court slots, and not requiring police officers to drive some defendants for many miles for a five-minute hearing. I want to improve access to justice for everyone. We know giving evidence by video works, so now we have to scale it up as part of the policing and criminal justice transformation agenda.”

As well as the £11 million funding for VEJ, fiscal awards made by the Home Office from the Police Transformation Fund include:

*£6 million to the Cheshire, Essex, Hampshire, Gloucestershire and Merseyside forces (over the next three years) for the reform of digital policing

*£23 million has been granted over the next three years for a suite of measures which will provide the National Crime Agency, Regional Organised Crime Units and police forces with new capabilities to detect, monitor and disrupt organised crime groups

*£12 million allocated over the next three years to North Yorkshire, Derbyshire, Wiltshire, Northumbria and the Metropolitan Police forces for their proposals in local policing. This will provide an innovative approach to engaging with the community, using sport to reduce youth offending and transforming volunteering in the police to ensure that local communities have a greater say in how their areas are kept safe

*£600,000 across the next two years to the Avon and Somerset and Essex forces to drive enhanced collaboration between police and fire, whether that’s through greater collaboration itself or a transfer of fire governance

Her Majesty’s Courts and Tribunals Service

Her Majesty’s Courts and Tribunals Service has also worked closely with the Sussex Criminal Justice Board on the VEJ initiative and will continue to work closely with the Board around development and delivery.

From 2015 under a rolling programme, Her Majesty’s Courts and Tribunals Service has installed and upgraded video links across England and Wales. During 2016-2017, this has enabled 137,495 cases to be heard via video link (a 10% increase from 2015 to 2016). There are now 215 witness links in Magistrates Courts and 285 witness links in the Crown Courts. These are all able to connect to any courtroom with a video link in England and Wales.