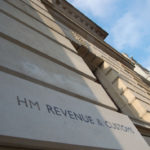 A Gloucester-based security services company director, who was jailed for stealing almost £500,000 in tax, must now pay back the sum of £67,424 or face another two years in jail and still owe the money.

Jonathan Schofield, 32, of Kingsway in Gloucester, and the director of Cheltenham-based J S Facilities Group Ltd, was found guilty of committing tax fraud totalling £497,000 and jailed for three years in February this year. An investigation by Her Majesty’s Revenue and Customs (HMRC) revealed that he made fraudulent declarations of Income Tax and National Insurance, under the PAYE system, and VAT between 2011 and 2016.

On 18 July this year at Gloucester Crown Court, Schofield was ordered to pay back £67,424.47 within three months or face more time in prison.

The confiscation hearing concluded that Schofield had benefited by more than £526,147 from his criminal conduct, but his current realisable assets are less than that amount. HMRC will be able to pursue any future wealth.

Zoe Ellerbeck, assistant director of the Fraud Investigation Service at HMRC, said: “Schofield knew that he was breaking the law, but thought he could get away with ripping off honest taxpayers. He’s already in jail and now he’s facing the financial consequences of his criminal behaviour. Our work doesn’t finish when a fraudster is jailed. We stop criminals profiting from their crimes and recover the money to fund public services.”

Ellerbeck added: “If Schofield doesn’t pay back what he owes, he faces even more time behind bars and will still owe the money. Tax fraud is a serious crime, and I would ask anyone with information about possible fraudsters to report it online or contact our Fraud Hotline on 0800 788 887.”

There is no appeal against default jail sentences issued in confiscation orders and the order for repayment remains in place after the default sentence is served by the fraudster. If the assets held by the convicted criminal at the time of the order are less than the benefit derived from the fraud, then any future assets can be confiscated up to the value of the benefit of the fraud.