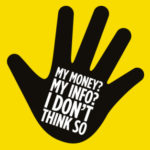 Her Majesty’s Revenue and Customs (HMRC) has prevented thousands of taxpayers from receiving scam text messages, with 90% of the most convincing texts now halted before they reach their phones. The milestone comes during ‘Take Five To Stop Fraud Week’, with the tax authority working to raise awareness of the tell-tale signs of fraud ahead of the Self-Assessment deadline.

Fraudsters alleging to be from HMRC send text messages to unsuspecting members of the public. In these messages they will make false claims, such as suggesting the individual on the receiving end of the text is due a tax rebate. Messages will usually include links to websites which harvest personal information or spread malware. This can lead to identity fraud and the theft of people’s personal savings.

HMRC will never contact customers who are due a tax refund either by text message or by e-mail. Reports of this type of fraud have quickly increased in volume over the last few years. People are nine times more likely to fall for text message scams than other forms like e-mail because they can appear more legitimate, with many texts displaying ‘HMRC’ as the sender rather than a phone number.

Working with public and private sector partners, HMRC began a pilot in April last year to combat these messages. The new technology identifies fraud texts with ‘tags’ that suggest it’s from HMRC and stops them from being delivered. Since the pilot began, there has been a 90% reduction in customer reports around the spoofing of these specific HMRC-related tags on SMS and a five-fold reduction in malicious SMS reports.

In addition, the initiative has helped to reduce reports of these scams from over 5,000 in March 2017, before the new programme was introduced, to less than 1,000 come last December.

Progress in this area comes after similar successes in tackling fraudulent e-mails and websites. In the last 12 months, HMRC has initiated the removal of 16,000 malicious websites, meaning that even if the texts are delivered, the associated phishing website is likely to have been removed. By introducing technical controls, HMRC has also prevented customers from receiving over 300 million e-mails purporting to come from the tax authority.

“HMRC is focused on becoming the most digitally advanced tax authority in the world, and a big part of that relates to keeping our customers safe from online scammers,” commented a spokesperson. “As e-mail and website scams become less effective, fraudsters are increasingly turning to text messages to con taxpayers. However, as these numbers show, we will not rest until these criminals are out of avenues to exploit. We have made significant progress in cutting down these types of criminality, but one of the most effective ways in which to tackle it is still to help the public spot the tell-tale signs of fraud.”

HMRC is working with the National Cyber Security Centre (NCSC) to further this work and extend the benefits beyond HMRC customers. The NCSC is committed to reducing the number of cyber attacks against the UK. The results of its pioneering Active Cyber Defence programme are set for publication before the end of this month.