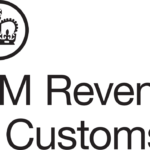 HMRC and the Security Industry Authority (SIA) have agreed on a new partnership specifically designed to tackle incidents of tax fraud in the private security industry. Both organisations have been working together to identify problems in the sector, including businesses abusing employment rules, running up high debts and taking part in Payroll Company Fraud.

It’s estimated that this could be costing the UK economy tens of millions of pounds. This is money that should be funding vital public services.

The Memorandum of Understanding (MoU) will allow HMRC and the SIA to share information about businesses and individuals working within the sector in order to clamp down on those taking part in illegal working practices and tax fraud. All data sharing will meet existing legal requirements in full.

Simon York, fraud investigation service director at the HMRC, said: “This new partnership with the Security Industry Authority sends a clear message to those trying to cheat the system that this isn’t acceptable. Tax fraud is not a victimless crime. Rather, it robs the UK of funding for our vital public services like the National Health Service. This MoU will help us to drive up standards in the sector and ensure there’s a level playing field for those legitimate businesses who play by the rules.”

Dave Humphries, the SIA’s director of partnerships and interventions, added: “This MoU will allow us to track businesses with rogue employment models and create a level playing field that ensures security staff are employed legitimately and treated fairly and that this standard becomes the norm.”

The SIA regulates a wide range of activities within the private security industry including security guarding, door supervision, close protection and Public Space Surveillance (CCTV). The estimated turnover of the regulated security industry is £3.8 billion.

The SIA also manages the voluntary Approved Contractor Scheme (ACS) which lists 835 businesses representing a large proportion of the activity and value in the private security industry. Many of the largest security companies are members of the ACS.

HMRC is the UK’s tax, payments and customs authority and collects the money that pays for the UK’s public services. In 2016-2017, HMRC collected and protected £28.9 billion of tax that would otherwise have gone unpaid due to evasion and avoidance.

The purpose of the new MoU is to document the arrangements and obligations for the sharing of information between HMRC and the SIA.