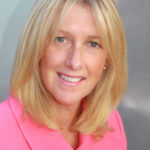 The majority of police forces do a good job in keeping members of the public safe, with two thirds of forces being graded as either ‘Good’ or ‘Outstanding’ by Her Majesty’s Inspectorate of Constabulary (HMIC) in a new report into police effectiveness. This year’s wide-ranging inspection found that most forces provide a largely good service in keeping people safe and preventing crime, while many forces are to be commended for materially improving the service they provide for vulnerable people.

However, the police service is not as well-equipped to prevent crime from happening in the first place as it has been in the past. In particular, HMIC is concerned to find an unacceptable level of members of the public being put at risk as a minority of forces artificially suppress demand by ‘downgrading’ emergency calls in order to justify a slower response, failing to respond to vulnerable victims and not formally classifying gangs of violent and dangerous criminals.

Her Majesty’s Inspector of Constabulary Zoë Billingham, who led the inspection, said: “Over the last few years, HMIC has said consistently that police forces were managing well in increasingly difficult circumstances. Nonetheless, I’m now raising a red flag to warn forces of the consequences of what is, to all intents and purposes, an unconscious form of rationing of police services.”

Billingham continued: “Many forces deserve praise for taking steps to improve how they respond to vulnerable people. While commendable, this cannot be at the expense of other important areas of policing. During this inspection, we’ve seen how some forces are attempting to reduce pressure on their teams by artificially suppressing or downgrading calls upon their service, reducing their ability to take the most effective and prompt action. We think this is often an unintended consequence of recent changes that forces have made, frequently in response to the challenge of austerity, and as they struggle to respond to increasing and ever-changing levels of demand.”

Billingham went on to state: “Consequently, some basic things are not being done. We found evidence of fewer arrests being made. Some crimes are being shelved without proper investigations taking place and suspects are not always being relentlessly tracked down. It’s vital that police leaders take action now before these problems become more widespread and acute such that members of the public are always properly protected.” 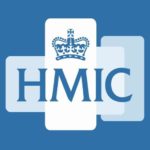 There are three main areas of concern highlighted by this latest HMIC inspection:

*in some cases, police officers are not carrying out sufficiently well their principal activities of preventing crime, keeping people safe and catching criminals

*police capabilities that are needed now, and will continue to be needed in the future (such as skilled investigators and neighbourhood policing), are insufficient or being eroded

Forces have improved their response to vulnerable people in the last year. Indeed, the HMIC believes the effort and commitment this has taken should not be underestimated, with 13 forces improving the quality of their service. Nonetheless, 16 forces are still judged as requiring improvement while five forces are ‘Inadequate’.

Last year, HMIC warned that neighbourhood policing was being eroded. This year, there’s even more evidence of that development, and this is likely to negatively affect forces’ abilities to undertake the vital proactive and preventative aspects of fighting crime.

Warning of a national crisis

For the first time, HMIC is now warning of a “national crisis” when it comes to the shortage of detectives and investigators in many forces. This is often leading to excessive workloads and stress among those currently in the roles. More than one-in-five cases isn’t investigated because “the victim doesn’t support police action”. In domestic abuse cases, that proportion is even higher.

HMIC is recommending that the use of this practice is reviewed on an urgent basis to ensure that it doesn’t prevent forces from ensuring victims receive the justice to which they’re entitled.

Additionally, HMIC is concerned that there’s no coherent national picture of threat posed to communities by organised crime groups. Decisive action needs to be taken to address this matter.

HMIC has made five recommendations for action designed to promote improvements and will once again be returning to inspect police force effectiveness from Autumn 2017.