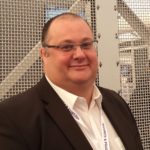 The latest delay in the Government’s decision to back Britain’s first new nuclear plant in a generation at Hinkley Point C highlights fears over the security of the country’s utilities, writes Chris Plimley.

It’s widely thought that fear about allowing China such close involvement in highly sensitive nuclear projects is among the main reasons for delaying final approval for Hinkley. The Chinese already own 9% of Thames Water and 1% of BP, while five years ago they took a 30% stake in GDF Suez, GDF’s gas and oil exploration and production business.

Late last year, Chinese president Xi Jinping announced a £6 billion investment by China General Nuclear (CGN) on his state visit to the UK, giving it a 33.5% stake in the Hinkley Point C project.

Beyond Hinkley, French energy giant EDF and CGN have also agreed the basics of terms for a wider UK partnership on the joint development of new nuclear power plants at Sizewell C in Suffolk and Bradwell B in Essex.

That’s partly what makes new Prime Minister Theresa May so jumpy – and what caused former shadow energy secretary Lisa Nandy to call on the Government to reassure members of the public amid reports of concerns from factions within the intelligence community.

One such worry is thought to be the possibility that Chinese workers could install a backdoor means by which Beijing could shut down Britain’s nuclear power stations and use them as leverage in any future diplomatic row.

Terrorists, activists, criminal gangs and vandals all pose increasingly sophisticated threats to our Critical National Infrastructure (CNI), both in the form of advanced cyber security risks and physical attacks. At the same time, the quantity and types of communication and automation systems deployed by the utilities sector continues to grow, increasing the realm that attackers can target.

The industry areas included are diverse, from oil and gas, nuclear, coal and wind power generation through to water supplies. The theft of materials from utilities sites and the risk that thieves place on themselves puts increasing burdens on those responsible for security deployment.  Yet the Duty of Care of employers towards the safety of staff and property requires that monitoring of hazardous areas is robust, reliable and real-time.

With security so high on the agenda, utilities companies are turning to increased integration so as to secure their operations. Integrated access control and visitor management systems enable utility companies to track the location of any individuals (including visitors) within a building. These systems can also be used in a roll call in the event of a fire and integrated cameras employed to ensure the continuance of operations.

Complete security management systems combine access control, alarm monitoring, badging and video surveillance all in a single user interface. This enables all aspects of security to be managed centrally while allowing local autonomy, providing proper protection for staff, premises and assets and enabling plant to operate at full capacity at all times.

Some businesses have taken matters a stage further by integrating fire-fighting systems, building services controls (such as lighting, air conditioning and lifts) and even business information systems and HR records in the search for greater security control, enhanced employee safety and operational cost savings.

In such cases, the various facets work directly together to improve the overall management of a facility and make it considerably simpler and more efficient.

This has been facilitated through the development of systems and software that are capable of administering and simplifying the operator’s task of running multiple functions from a single portal and with the advent of more standardised and open protocols and standards.

Going back to basics

For all of the fantastic fancy stuff that’s now possible, we need to get back to basics and do only what’s necessary and cost-effective. This involves asking the time-honoured basic security questions: What asset base are we trying to protect – physical, human, intellectual and even reputational? What risks do (or might) they face in terms of damage, theft or sabotage? Who (or what) might pose these risks and how might they carry out their threats?

If an alarm is triggered, video can automatically be sent to mobile phones, PDAs, laptops or other devices so that security can decide how best to respond.

Integrated video and alarms systems can help immediately target security breaches such that any 24-hour onsite patrol can react quickly and prevent property loss (or worse). Access control systems may be programmed to lock certain areas of the facility and so confine any search for the perpetrator(s) of criminality.

Often, a fire alarm is the first system to activate. In a modern integrated system this can alert Control Room operators and, if necessary, escalate the warning automatically to the Emergency Services, letting them know who’s on site before they arrive and even outline any special medical needs.

CCTV can also be used to see if people are trapped or if areas are potentially dangerous before the Emergency Services arrive without putting their lives at risk.

In short, the greater the integration, the better able everyone is to build more effective security plans and architectures, respond more quickly and appropriately to security threats and breaches and, ultimately, protect people and property.

That’s the approach we’re happily witnessing from our own customers for our highest security systems, both within Government and across the commercial world. It’s their desire to contract with a single company for all of their security needs – both physical and electronic – and partner with us in an automotive-style Top Tier supplier relationship that’s really steering our business strategy.

Driven by this customer demand, we’ve acquired the most respected high security installer in the UK in Binns Fencing and the latest in CCTV and video content analysis in EyeLynx Limited.

This enables us to design a more truly integrated security solution, develop increasingly higher standards of security, reduce lead times in the design and installation of CNI and reduce costs – pretty much the Holy Grail in this era of spiralling debt and hard-earned recovery post the credit crunch of the late 2000s.