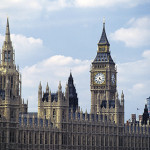 Liberty’s legal challenge to the UK Government’s surveillance law – on behalf of MPs David Davis and Tom Watson – is being heard by the High Court on Thursday 4 and Friday 5 June. Liberty will argue on Davis and Watson’s behalf that the Data Retention and Investigatory Powers Act 2014 is incompatible with the Human Rights Act – in particular Article 8 of the European Convention on Human Rights, the right to respect for private and family life – as well as with Articles 7 and 8 of the EU Charter of Fundamental Rights relating to respect for private and family life and the protection of personal data.

The hearing comes just days after a major U-turn on surveillance in the USA, where sweeping National Security Agency (NSA) surveillance powers expired on Sunday following a Senate showdown, representing the first roll-back of NSA ‘spying powers’ by Congress since 1978.

The US does not require companies to retain communications data, and the USA Freedom Act will ban the Government from accessing telephone records in bulk while also introducing new transparency rules.

By contrast, suggests Liberty, Home Secretary Theresa May is “bidding to create a turbo-charged Snoopers’ Charter” in the form of the Investigatory Powers Bill which would seek to expand the mass data-gathering powers Liberty is challenging in this case.

The Bill is expected not only to attempt to enable the tracking of every person’s web and social media use, but also to strengthen the Security Services’ powers for the bulk interception of e-mails, phone calls and other communications.

The Data Retention and Investigatory Powers Act (or DRIPA) allows the Home Secretary to order communications companies to retain all communications data for 12 months. No link with the prevention or detection of serious crime is required. It catches the communications of everyone in the UK including the e-mails, calls, texts and web activity of MPs, journalists, lawyers, doctors and other communications that may be confidential or privileged. 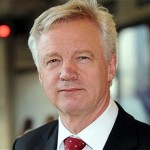 Data retained under DRIPA is then – according to Liberty – subject to “an extremely lax” access regime, allowing it to be acquired by hundreds of public authorities who can sign off on their own access for a broad range of reasons that have nothing to do with the investigation of serious criminality.

Roughly 500,000 requests are granted each year and there’s no requirement that the requests relate to either named individuals or premises. Liberty states that this leaves open the possibility of bulk access.

The Act was “rushed through Parliament” and on to the statute books in July 2014 by ministers claiming that “emergency” legislation was necessary. The Bill was privately agreed following discussions between the (then) three main party leaders. It became law within just three days. Liberty has stated that this denied time for proper Parliamentary scrutiny, amendment or even debate.

DRIPA’s introduction came three months after the European Court of Justice ruled the existing EU Directive on data retention invalid because it was so sweeping in its interference with individual privacy rights. The judgement made clear that existing UK legislation, including the access regime under the Regulation of Investigatory Powers Act 2000 (RIPA), required urgent review.

Emma Norton, legal officer for Liberty, said: “The executive dominance of Parliament in rushing through this legislation – using a wholly fabricated “emergency” – made a mockery of Parliamentary sovereignty and the rule of law, and showed a staggering disregard for the entire population’s right to privacy.”

Norton added: “It’s thanks to the Human Rights Act that we are able to challenge the Government’s actions – the same Government which now seeks to axe that very piece of legislation and, by doing so, curb the British people’s ability to do so in future.” 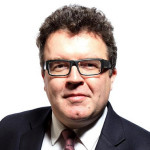 Tom Watson, MP for West Bromwich East, commented: “The Government’s decision to use emergency powers to enable it to spy on citizens shows the rights of the individual need to be strengthened to ensure the state cannot act with impunity. Even MPs are powerless to prevent such powers from being enacted.”

He continued: “The Human Rights Act allows us to challenge those powers in the courts, but the Conservative Government is intent on tearing up the Act and doing away with the limited legal protection it affords. It’s vital that we fight for it to be retained.”

Liberty does not dispute the role of communications data in solving and preventing crime, but doesn’t believe that justifies the costly and lengthy mass retention of records of those who are not involved in such investigations.

The organisation is now calling for prior judicial authorisation and a requirement that data is only retained as part of investigations into serious crime and to prevent death and injury.