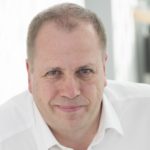 The year 2017 is set to feature enhanced attacks on Internet security, with the broad adoption of the Internet of Things (IoT) leading to compromise and data often held on legacy systems being vulnerable, writes Duncan Hughes.

Healthcare is one of the sectors particularly vulnerable to IoT attacks. As more and more people adopt smart ‘wearables’ with mobile apps tracking fitness, the bank of hackable data for cyber criminals to tap into is growing and the value of the information within increasing. That makes attacks more rewarding.

According to research we sponsored with The Ponemon Institute, within healthcare and pharmaceutical companies, an average of 30% of outbound web traffic is encrypted. Organisations expect that figure to increase to 48% over the next 12 months. As a result, healthcare organisations have been adopting a multi-pronged approach, using a combination of people, policies and technical controls to combat cyber attacks and protect information, with encryption being considered as Best Practice for protecting the electronic medical records and personal health information of patients.

Stored data within many institutions includes an individual’s blood type, medications, treatments and lab test results as well as financial data including bank details, credit card and insurance information – all of which can be regarded as a treasure trove for criminals. According to data analyst Aberdeen Group, on the black market such data can fetch around £400 per record.With valuable information like this at the fingertips of cyber criminals, both patients and healthcare organisations stand to pay a high price.

Encryption ensures sensitive data remains private when it’s transmitted, preventing unauthorised users from viewing it, even when intercepted. Secure Socket Layer/Transport Layer Security (SSL/TLS) is now the most common encryption standard used to protect information as it traverses the Internet. Most importantly, perhaps, SSL/TLS establishes an encrypted link between web servers and browsers to keep the information passed between the two private.

Here, though, is where the problems lie. Many established security solutions were implemented prior to the widespread use of SSL/TLS and, therefore, are unable to inspect encrypted traffic. While great at protecting privacy data, SSL/TLS encryption can also be used to hide malicious activity from detection.

Despite the fact that sectors will more likely be taking far harsher cyber security precautions which will ward off lethal attacks, the growing proliferation of cheap, connected IoT devices such as fitness ‘wearables’ will provide an easy gateway for criminals to illegally access critical information and personal data.

The bottom line is that most healthcare organisations simply don’t have the capabilities they need to mitigate the risks potentially hiding in encrypted traffic. Going back to our research, according to The Ponemon Institute study, 41% of healthcare and pharmaceutical respondents felt their current security investment was ineffective because of outbound/in-bound encrypted traffic.

68% agreed that the inability of their organisation’s current security infrastructure to inspect encrypted traffic compromises their ability to meet existing and future compliance requirements.

Furthermore, 92 % of healthcare and pharmaceutical organisations recognise that the inspection of SSL traffic is ‘Important’ or otherwise ‘Essential’ to their organisation’s overall security infrastructure. Only 39% decrypt web traffic to detect attacks, intrusions and malware.

Due to vulnerabilities, it appears that the healthcare sector will bear the brunt of this kind of digital attacks in 2017. However, the criminals can be deterred if the sector employs more persistent authentication in order to make system entry far more difficult. This can be achieved by adding contextual authentication through strong digital identity (for example, through adding presence, geo-location and/or persistent authentication).

Duncan Hughes is Systems Engineering Director (EMEA) at A10 Networks