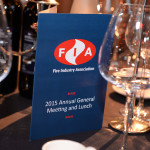 The Fire Industry Association’s (FIA) 2015 Annual General Meeting recently took place at The Brewery in London’s Chiswell Street. During the AGM, the organisation announced the key points detailed in its just-published Annual Report and, for the benefit of over 340 members and their guests in attendance, duly focused on areas such as membership, the Standards Committees, publications, training and marketing.

Across the past 12 months, the FIA has welcomed no less than 71 new members into the organisation such that the total membership now stands at 656.

At the AGM, the FIA also reported that 6.6 million readers have been reached via social media and many articles placed in trade journals such as Risk UK (where the FIA contributes a monthly Technical Briefing feature) and through the newly re-designed website.

In terms of other headline figures, 3,867 individuals have received training on 299 courses during the past year while a £92,000 budget was set aside for specific research projects (with similar amounts of money expected to be ring-fenced for research every year from now on).

The foreword to the Annual Report is scripted jointly by the FIA’s chairman Martin Harvey and Ian Moore, the organisation’s new CEO. “The past year has seen a continuation of the FIA taking the lead and ensuring that our members’ voices and views are represented in our industry,” comment Harvey and Moore. “The growth of the FIA over the past decade together with the introduction of new Councils has helped us not only to expand into other fire-related areas, but also to develop more considered and holistic views on fire and safety issues for the UK. With central Government moving towards closer working between the Emergency Services, in the near future we may possibly see a combined fire and police service at the management level. Taken together with devolution towards more local control of services, this development would offer both a challenge to and an opportunity for our industry.”

Harvey and Moore continue by stating: “The steady recovery of the economic markets together with Government infrastructure projects is clearly leading to increased activity in the fire sector. With forecasts for construction growth expected to be around 5% in 2015 and to continue further in the next few years, this is good news for us all.” 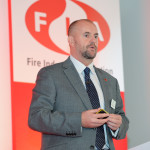 At the FIA’s 2014 AGM, members agreed to expand the membership grades which helps to level out the banding of turnovers. This will be achieved by lowering the subscriptions for those affected from 1 April 2015 and will make the ‘hurdles’ between bands somewhat less daunting for both current and potential members alike.

As stated, 2014-2015 has seen 71 companies join the FIA. On the flip side, during that same period 65 members have left the organisation. An investigation has found that, during the years of recession, many of the new members had moved into the fire space to expand their portfolio for the client base, but with market conditions changing they’ve now returned to core skills and are moving away from the fire sector having either not achieved or kept their ‘fire’ third party certification (a central membership requirement of the FIA).

The FIA has also seen the return of business acquisitions across the market and therefore lost members due to mergers and buy-outs.

When it comes to training, the provision of knowledge and comprehension of the standards that underpin the fire industry is absolutely essential. The FIA’s training has members’ learning needs covered with subjects as diverse as servicing portable extinguishers and fixed extinguishing systems through the life of FD&A systems and emergency lighting and on to the understanding of fire risk assessments among service technicians.

Successful completion of all FIA training courses carries an industry-recognised certificate, either awarded by the FIA itself or an independent body.

What’s new in the technical arena?

The FIA is still “heavily committed” to ensuring that its members’ views are represented on all relevant national and international committees. As a result, the Trade Association has increased its input to British Standards Institution/CEN and ISO Technical Committees.

Active Working Groups of the Extinguishing Council include: 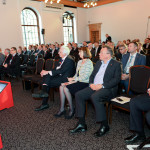 Active Working Groups of the Services Council include:

Active Working Groups of the FD&A Council include: 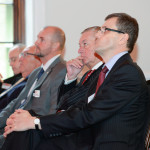 The FIA has had “an extremely productive year”, publishing 15 new or revised guides and a similar number of Fact Files. The Councils and Working Groups have expended much effort in producing this crucial guidance.

For its part, the Fire Risk Assessment Council has signed a Memorandum of Understanding with the IFE and the Fire Engineering Council to set up a joint Working Group focused on business ethics.

Also, all Fire and Rescue Services have been urged to use the latest version of the Guide to Choosing a Competent Fire Risk Assessor, with 58% of them updated as of the end of July. CPD Days have included London’s Housing, London’s Tall Buildings, London’s Heritage Buildings and London’s Airports.

The Fire Risk Assessment Council has commented on BAFE’s SP205 revision and the London Fire Brigade’s review of the Fire Safety Order.

The Council has also introduced a new ‘Myth Buster’ range of topics for the weekly Focus e-Zine.

Major work items for the Fire Engineering Council have included the Approved Inspectors Regulation 9 (Independence). Concerns have been raised over ‘one stop shops’ and the definition of ‘Independence’ raised with Government (in the form of the Department for Communities and Local Government), the Construction Industry Council and the professional bodies and associations within the building control sector.

Clarity has been sort over the boundary of design advice and inspection provided by AIs, and a guide for the procurement of fire engineering services written and published. Peer review guidance has been drafted.

Representing the firefighting sector, the FIRESA Council has had one of its busiest years, duly reflecting its involvement in the significant evolution of Fire and Rescue Services.

Building substantively on existing external liaisons as well as initiating important new relationships, the FIRESA Council works proactively to engage with and positively influence a range of stakeholders, in turn bringing suppliers’ perspectives to the decisions that are shaping the future landscape of Fire and Rescue Services.

FIRESA Council’s Activities in a Changing Landscape
• Strengthening of key liaisons and the creation of new partnerships
• Input into Government policy
• Enactment of a Memorandum of Understanding with the Chief Fire Officers’ Association
• Support for collaborative and more streamlined procurement
• Support for standardised product specifications, national equipment evaluations and product innovations

Activities within the FIA’s Export Council 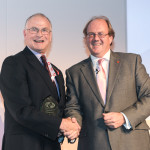 The FIA’s Export Council is a UKTI Trade Challenge Partner and supports the UK fire industry’s export interests across a range of product and service types. Central to this is its work with UKTI, overseas exhibition providers and other export-facing bodies (including other Trade Associations) in providing advice and developing opportunities in pursuit of FIA members’ overseas sales growth.

Moving to an elected Council this year, this element of the FIA “remains committed” to act on behalf of all of exporting member businesses.

• Promoting British fire safety excellence on the international stage
• Representing UK companies both large and small across a range of fire safety product and service types
• Fire protection and firefighting system exports from the UK amount to over £300 million per annum
• The FIA’s Export Council is a member of the UKTI Defence and Security Organisation
• Engaging with UKTI centrally and locally in the UK and with commercial officers in over 80 countries overseas
• Working in partnership with the BSIA and the BSIF
• Plans for the coming year include market research, producing a Directory of Exporting Members and realising key project Case Studies

2015 has seen some substantial progress within the FIA’s marketing function. The biggest ‘win’ in the last year has been the launch of the new FIA website featuring more news and content and a more intuitive structure aimed at making it less difficult to find information than was perhaps previously the case.

Both members and non-members are now finding it easier to see topic-related information and content no matter whether it’s a training course, web page, infographic or technical guide.

‘Content is King’ in the new marketing world and the FIA has embraced this truism with the regular publication of news, articles, infographics, e-publications and videos all aimed at assisting those in the fire industry trade or those responsible for fire safety in commercial premises with the most up-to-date information.

The FIA hasn’t shunned the more traditional marketing methods, though. The organisation knows and recognises the importance of face-to-face contact. Organised by the FIA, FIM Expo happens twice a year around the country and sees 20 or so exhibitors meet and network with over 100 delegates over the course of a day.

In addition, some 13,500 technical documents have been downloaded in the past 12 months.