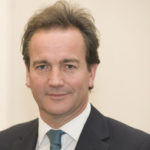 Policing Minister Nick Hurd has chaired the first meeting of a Task Force whose members aimed to tackle vehicle theft. The new Task Force replicates the successful model used to reduce moped-related crime in London, which fell by a third in the period from January to October last year compared with the same period in 2017. It will drive forward action designed to reduce and prevent vehicle crime and promote Best Practice in security.

The Task Force will meet every six months and publish an action plan containing new measures. Vehicle theft has risen by 7% in the last 12 months and has impacted communities across the country.

Nick Hurd said: “We are determined to take swift and decisive action on emerging crime threats. With rates of vehicle theft increasing, I’m keen to ensure everything is being done to prevent these crimes. Drawing together the police, industry and Government proved to be a successful way to see what more could be done to support police efforts to tackle moped crime and I’m eager to see the results of applying a similar model to vehicle theft. The determination and common purpose at the inaugural meeting was encouraging and I’m confident the Task Force will significantly strengthen our response to vehicle theft.”

The Task Force’s work includes improving vehicle security standards across the industry, ensuring robust measures are in place to prevent criminals exploiting the motor salvage process and reviewing whether further measures are required to stop devices that may be used to commit vehicle theft falling into criminals’ hands.

Attendees at the first meeting included representatives from the National Police Chiefs’ Council, the Society of Motor Manufacturers and Traders, Thatcham Research, the Motorcycle Retail Industry Association, the Association of British Insurers, the Combined Industries Theft Solution, the London Mayor’s Office for Policing and Crime, the West Midlands Police and the West Midlands Police and Crime Commissioner.