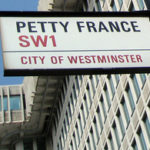 Sweeping changes to the parole system designed to improve transparency, offer better support for victims and new powers to reconsider decisions have been announced by Justice Secretary David Gauke following a detailed review of the Parole Board’s rules.

Alongside giving victims the opportunity to request a reconsideration of a release decision, the Government has set out steps to expand and simplify the Victim Contact Scheme by bringing more services online. The Parole Board will create “standard practice” documents, setting out the processes and approaches to open up the system and improve transparency.

A further, in-depth review will consider root-and-branch reform of the parole process which could require longer term legislative changes. This is the latest stage in the ongoing work designed to bring more transparency and accountability to the parole process and improve the support to victims.

The publication of the review’s findings comes roughly a year after the Parole Board’s decision in the Worboys case exposed a lack of transparency and deficiencies in the approach taken in that case. Since that decision, significant improvements have already been made – principally removing the blanket ban that prevented the Parole Board from disclosing information about its decision-making. This has so far allowed the Parole Board to provide over 800 decision summaries to victims, the public and the media.

Rebuilding society’s trust in the system

Justice Secretary David Gauke said: “Taken together, these reforms will help ensure that the mistakes made in the John Worboys parole case would not happen again. We owe that to victims. I’m determined to rebuild society’s trust in this system. I set out the first steps to reform the Parole Board last year at a time when public confidence in the parole process was understandably shaken. It was clear that the system had to change.”

Gauke continued: “We have worked tirelessly in that time to make significant improvements to the parole process. We are going even further, expanding the Victim Contact Scheme to victims where serious charges lie on file, but have not yet resulted in a conviction, and allowing much of the process to be done simply online, while also boosting the support for victims through their liaison officers.”

According to Gauke, the publication of clear procedures and standards will support quality and consistency in decision-making, while the new reconsideration mechanism will provide reassurance to victims that, if a Parole Board decision appears flawed, it can be challenged and looked at again.

Gauke concluded: “I am also launching a review of the Parole Board which will consider if more fundamental reforms are necessary.”

The new standard practice will clearly set out the approach and processes normally expected of panel members when conducting a hearing. This will include the type of evidence considered and how panels should assess wider allegations of offending, which may not have resulted in a conviction, and who is responsible for providing such evidence: issues that were at the heart of the John Worboys case.

Making the decision process and approaches followed by the Parole Board more open and transparent will improve understanding of victims and the public, and give them greater confidence that the Parole Board relies on robust and thorough risk assessment procedures to inform its decisions as to whether to release prisoners who have completed their minimum term.