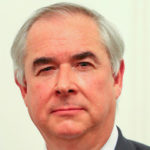 Attorney General Geoffrey Cox QC MP has published the results of the Government’s review of the efficiency and effectiveness of disclosure in the criminal justice system. The review found that the duty to record, retain and review material collected during the course of the investigation isn’t routinely complied with by police and prosecutors. Disclosure obligations begin at the start of an investigation, and investigators have a duty to conduct a thorough investigation, manage all material appropriately and follow all reasonable lines of inquiry, whether they point towards or away from any suspect.

The review procedure found that this isn’t happening routinely in all cases. At the very least, this caused costly delays for the justice system and, at worst, it means that cases were being pursued which the evidence didn’t support. The impact of these failings caused untold damage to those making allegations as well as those accused of them.

The Government has concluded that, in order to enable lasting change, there must be a ‘zero tolerance’ culture for disclosure failings across the police and the Crown Prosecution Service (CPS).

The Attorney General explained: “For too long, disclosure has been seen as an administrative add-on rather than a fundamental pillar of our justice system. This ends now. My review sets out practical recommendations and a clear plan of action which I will hold the leaders of the criminal justice system to account for delivering in their respective areas. I want to thank all those who have contributed to this process and for the action taken already to address this problem. I’m confident that the leaders of the police and the CPS now understand the need for change and, together, we will make sure that public confidence in the disclosure system is restored.”

Confidence in the police service

Policing Minister Nick Hurd added: “The disclosure of evidence is crucial for confidence in the police service and our criminal justice system. Police leaders have recognised there needs to be a change in culture towards disclosure and I’m pleased to see they are already making strides in this area through the National Disclosure Improvement Plan. The Home Office is also working with the police and partners across the criminal justice system to explore the analysis and sharing of digital evidence.”

The Government welcomes the steps already taken by the police and the CPS to address the issues through the National Disclosure Improvement Plan and will work with each to ensure they lead to long term, effective and sustained change. Through the Attorney General and the Home Secretary Sajid javid, the Government will hold police and prosecution leaders personally responsible for this.

The review found that this is a system-wide problem which demands a systematic response. The Criminal Justice Board, which the Attorney General sits on, will therefore take responsibility for strategic oversight of the collective response from all parts of the system – from the police to prosecutors and on again to the judiciary.

Support from advances in technology

The review also found that police and other investigators could be better supported by technological advancements when reviewing and capturing digital evidence. To address this issue, the Government plans to convene a ‘Tech Summit’ early next year to help all 43 police forces in England and Wales handle the increasing volumes and complexity of this type of evidence. This will build on the work of the police and help to engineer a way forward with the help of private tech companies. Through the Police Transformation Fund, the Government is already investing in national work to support policing in its wider digital transformation.

While the underpinning legislation is still fit for purpose, the Government has concluded that the guidelines which support it need to be updated to meet the challenges of the rise of modern technology. This will happen through secondary legislation.

Work already started by the CPS to improve its data collection to capture the extent of the disclosure problems is essential. The Government will oversee the CPS’ delivery of a new data collection regime which is fit for purpose.