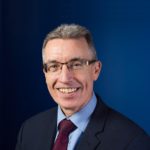 The Government must refresh its Brexit strategy and reach out to a wider community in order to build consensus for its negotiating priorities. Trade Association ADS believes it’s important all the potential options for a successful Brexit remain on the table. These would include access to the Single Market, membership of the Customs Union, remaining within European regulatory regimes and examining the controls on freedom of movement.

Speaking on this matter, ADS’ CEO Paul Everitt informed Risk UK: “The political context in the UK and elsewhere in Europe has changed. We now have a vital opportunity to refresh our approach, with a greater focus on building consensus and a more constructive tone towards goals we share with our European partners.”

Everitt continued: “The General Election result shows that the country wants a more collaborative approach. The Government needs to build a strong consensus on the priorities and options for a successful Brexit. No deal would be the worst possible outcome for the UK and Europe. Finding the best agreement will require compromise and pragmatic decisions by the UK and its European partners.”

Continuing the political theme, Everitt observed: “The season of electoral surprises continues. The UK faces a period of uncertainty as our politicians reflect on the electorate’s verdict and consider the country’s approach to the political and economic challenges ahead. All political parties must now focus on working in the long-term best interests of the people and nations of the UK. Industry will continue to work to secure the best Brexit deal and an industrial strategy that helps to sustain and grow high value jobs in every part of the country.”

In addition, ADS has made detailed comment on the recent WannaCry ransomware attack that targeted the NHS among many other organisations during mid-May.

“This attack shows the damage that can be done if essential systems are not protected against cyber criminals,” said Everitt. “More and more business is being conducted online and the cyber security threat is growing all the time, putting at risk the security of information, Intellectual Property and operational resilience. On that basis, private and public sector organisations alike must absolutely make sure that they’ve taken necessary steps to protect themselves from attack and put recovery plans in place for those occasions when systems fail.”

In conclusion, Everitt explained: “We strongly recommend that businesses gain accreditation through the Cyber Essentials scheme, which has been developed by Government and industry as a standard for protection against cyber threats. Cyber Essentials provides independent assurance that an organisation has protections in place. Indeed, accreditation is mandatory for those bidders on many Government contracts.”