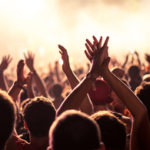 New legislation will ban ticket touts from using automated software such that they can evade security measures and snap up more tickets than allowed by event organisers only to sell them on at hugely inflated prices. A new criminal offence – to be brought forward thanks to a provision enshrined within the Digital Economy Act 2017 – will mean those who break the law will now face an unlimited fine. According to the Government, this move places the UK at the very forefront of the fight against touts exploiting real fans.

The legislation recently moved one step closer as the Government notified the European Commission of its plans to take forward the proposals. The news comes as London musical Hamilton recently saw tickets being advertised on the secondary ticketing market for up to £6,000. Popular artists including Adele and Ed Sheeran have also been targeted by professional touts.

Matt Hancock, minister for the creative industries, said: “We’re determined to make sure 2018 is the year we help real fans to see their favourite music and sports stars at a fair price. We’ll be acting to stamp out the growing problem of touts misusing technology to scoop up vast numbers of tickets only to sell them on at rip-off prices. Our work, together with improvements being made by the industry in general, will help make the market more transparent and mean a great year ahead for Britain’s thriving live events scene.”

The new legislation is part of a wider Government drive to make sure genuine fans are not losing out through the secondary ticketing market. This includes the Digital Economy Act 2017 putting additional requirements on ticket sellers to provide a unique ticket number where one was originally given and revised Consumer Rights Act guidance clarifying the information that should be provided on sale restrictions when reselling tickets.

Raid on properties across UK

Two high-profile investigations into bad practice have already delivered results. In November, officers from the eCrime Unit of National Trading Standards recently raided properties across the UK as part of an ongoing investigation looking into unfair practices in the secondary ticketing market and made four arrests. Equipment including computers, mobile phones and storage devices was seized as evidence.

Also, after a thorough investigation, the Competition and Markets Authority identified widespread concerns around the information people are given about tickets on websites as a requirement under the Consumer Rights Act and gathered evidence which it considers breaches the law. It will require relevant websites to take appropriate action.

Ministers have accepted the recommendations of a review into secondary ticketing by Professor Michael Waterson. These include calls for better consumer education around the ticketing market, greater standardisation and transparency by the industry, ticket sellers to do more to guard against bot attacks, stronger enforcement of existing consumer rights laws and the threat of further action if the industry doesn’t act against rogue ticket traders.