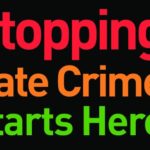 New Home Secretary Amber Rudd has called on communities across Britain to stand united against those who use hate in an attempt to divide us. Launching the Government’s all-new Hate Crime Action Plan, Rudd urged more victims of hate crime to come forward such that the full scale of the challenge facing communities can be understood and tackled in both a robust and effective manner.

“This Government is determined to build a Britain that works for everyone,” said Rudd. “Those who practise hatred send out a message that it’s somehow acceptable to abuse and attack others because of their nationality, ethnicity or religious background, and that it’s fine to disregard our shared values and promote the intolerance that causes enormous harm to communities and individuals. Well, I have a very clear message for them. We will not stand for it. Hatred has no place whatsoever in a 21st Century Great Britain that works for everyone.”

The Home Secretary continued: “We are Great Britain because we’re united by shared values such as democracy, freedom of speech, mutual respect and opportunity for all. We are the sum of all our parts – a proud and diverse society. Hatred doesn’t have a seat at the table, and we’ll do everything we can to stamp it out.”

Rudd, who has already met with campaigners working to combat hate crime, announced that the Hate Crime Action Plan will commit Government to work to give young people and teachers the tools they need to tackle hatred and prejudice, including through a new programme designed to equip teachers to facilitate conversations around international events and the impact they have on communities here in the UK. The Government will also work with schools on how to better report incidents of hate crime.

There will be a new assessment of the level of anti-Muslim, anti-semitic, homophobic, racist and other bullying in schools to inform further action aimed at reducing the levels of such bullying. Recent statistics from the National Police Chiefs’ Council have shown that young people were the victims of 10% of faith hate crime and 8% of race hate crime recorded for the three-week period between 16 June and 7 July this year.

The Home Secretary has also announced plans to commission Her Majesty’s Inspectorate of Constabulary to carry out a scoping study into forces’ understanding of (and response to) hate crime. The study will look at how police forces deal with hate crime, and also assess all the strands within (including, for example, disability hate crime).

The Hate Crime Action Plan has been developed in partnership with communities and departments across Government. It contains measures to increase the reporting of incidents and crimes, including working with communities and police to develop third party reporting centres. The document also covers work designed to prevent hate crimes on public transport and sets out how stronger support will be provided for victims.

A £2.4 million funding scheme for places of worship will provide security measures and equipment for those sites that require increased protection. Representatives from religious communities have raised concerns about crimes which range from graffiti through to arson attacks. The scheme will be open for bids for ten weeks.

The Government is taking action against hate at every level and will provide £300,000 to establish three community demonstration projects to explore innovative new ways of tackling hate crime in local communities. The Conservatives will look for schemes covering different strands of hate crime across England and Wales and seek to apply lessons from these projects across wider work in order to tackle all strands of hate crime.

The Government’s commitment to tackling hate crime is underpinned by some of the strongest legislation in the world. This includes specific offences for racially and religiously aggravated activity and offences of stirring up hatred on the grounds of race, religion and sexual orientation. The Government has worked with the police service to improve the collective response to hate crime, including ensuring that the recording of religious-based hate crime now includes the faith of the victim (a measure which came into effect earlier this year).

Joint training has been established between the police service and the Crown Prosecution Service to improve the way in which the police identifies and investigates hate crime. Alongside this, the College of Policing has published a national strategy and operational guidance.