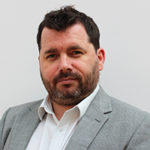 As the great Brexit behemoth rumbles on, I wish I had more to report on what it means for policing, writes Simon Kempton. We keep being told that we’re inching closer and closer to the finish line, but we’re still waiting for clarity over the Government’s draft exit deal for ‘divorce’ with the rest of Europe.

If anything, recent days which – at the time of writing – have seen the resignation of four ministers and two MPs from Government, make the policing position even more precarious as the Government still has to try to ease the draft deal through Parliament. In a nutshell, until we know what we’re planning for, we cannot plan for it.

None of us has a crystal ball, so with Brexit now little over four months away, we really have no idea what the policing landscape will look like post-29 March 2019.

The two organisations tasked with doing this planning – the National Police Co-ordination Centre and the Metropolitan Police Service’s own Brexit Unit – are doing their best to plan for an unprecedented event, but must be given the information they need to do their job.

Crime is no respecter of borders, but we are still no closer to understanding what the Brexit process will mean for the current EU data sharing and co-operation tools, such as the European Arrest Warrant and the Schengen Information System. We know that 70% of transient organised crime groups operate in more than three different countries, but without these data sharing methods we’ll no longer be able to share real-time alerts for wanted individuals, including serious criminals.

The fight against terrorism could also be severely hampered with our ability to map and track terrorist and criminal networks across Europe reduced. It’s also difficult to gauge what the public reaction will be, with so much volatility at the heart of the Brexit negotiations.

As a democracy, it’s important to allow people their right to peaceful protest, but when those protests turn to disorder, the situation becomes problematic.

Without scaremongering, immediately following the EU Referendum in the middle of 2016 we saw a marked increase in hate crimes, particularly those levelled against Eastern Europeans. Social media was also rife with emotive language about ‘foreigners’ and ‘immigrants’. We also saw a rise in populism.

Although violent disorder is a worse case scenario, the police service would be mad not to consider preparations for Brexit-induced protests, remembering how 15,000 officers had to be deployed to London to quell the 2011 riots. These spread like wildfire, erupting not just in the capital, but also in the metropolitan centres of Birmingham, Bristol and Manchester. With a police service that’s now nearly 22,000 officers down on its 2010 headcount, any repeat of those events would challenge our severely-stretched forces.

At this stage, there’s no intelligence to suggest that there will be an increase in crime or disorder as a result of a Brexit deal or no deal, but there remains yet another threat to the ever-thinning blue line: we still have no idea either whether European citizens who are currently serving police officers will be able to continue in those roles.

No-one appears to know the answer to this, but if they did lose their jobs as a result of Brexit, for the Met alone it could mean the loss of around 1,000 officers. I’ve asked the Home Office for clarification on this point and await an answer which will give the certainty and reassurance to my colleagues who may be affected.

The safety and security of its citizens is the highest duty of any Government and I would ask our own to recognise the difficult situation in which the police service presently finds itself by providing the clarity we need to ensure the transition through the Brexit process is as safe and orderly as possible for everyone.

There is simply too much at stake to see Brexit preparations being hatched in the last chance saloon.

Simon Kempton is Operational Policing Lead at the Police Federation