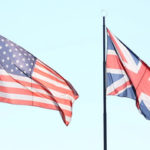 Prime Minister Theresa May and US President Donald Trump have committed to tackle the global threat posed by transnational criminal organisations, including illegal opioid traffickers. A high-level group chaired by Home Secretary Sajid Javid and US Attorney General Jeff Sessions will now work to reduce the significant harm caused by these organisations, such as by improving the nation’s ability to pursue ‘high-value’ targets and their interests.

The group will also find opportunities for partnerships with industry to improve the understanding of threats and work with other countries on the socio-economic factors which perpetuate transnational organised crime.

Other measures outlined include:

*a joint UK-US strategic dialogue on illicit finance, led by senior officials to tackle shared threats and work with other countries to maintain and strengthen the implementation of global standards (with initial discussions scheduled for September this year)

*an informal, ad hoc dialogue between law enforcement officials which will assess the work of current initiatives and groups, such as the Five Eyes Law Enforcement Group

The joint Task Force on synthetic opioids will build on major pieces of work carried out by the UK Government in recent years. The Forensic Early Warning System identifies harmful drugs before they gain a foothold and the landmark Psychoactive Substances Act put a blanket ban on harmful substances.

During his first visit to the US in May, the Home Secretary met with US Attorney General Sessions and US Secretary of Homeland Security Kirstjen Nielsen. During both meetings, the opioids threat was raised and both parties agreed to continue co-operation.

Home Secretary Sajid Javid explained: “Synthetic opioids like fentanyl pose a huge threat. Suppliers attempt to develop new formulations of similar drugs to try and keep a step ahead of law enforcement and legislation. The UK Government has changed the law to stay on the front foot against criminals and invested in cutting-edge technology to detect drugs and other illegal goods at the border.”

Javid continued: “Tackling synthetic drugs is an international challenge, with suppliers able to produce and ship their drugs around the world. That is why we agree with the US Government that it’s vital all countries should implement tougher domestic controls on drug production.”

Fentanyl and its analogues – ie substances with similar, but slightly altered chemical structures – are a group of powerful synthetic opioids. They have similar effects to other opioids such as morphine and heroin, but are significantly more potent.

Although to date fentanyl seizures in the UK can be measured in small quantities, this equates to many millions of lethal doses.