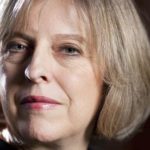 Britain is set to spend just shy of £45 million on additional security measures at Channel ports. The boost in UK funding for border security, announced by Prime Minister Theresa May in the wake of detailed talks at the Sandhurst Military Academy with French President Emmanuel Macron, will be spent on security fencing, CCTV and infrared detection technology at Calais and other ports.

It was President Macron’s first visit to the UK since his election in May last year, with the two leaders meeting to discuss plans for a joint operation designed to manage the European refugee crisis and improve asylum claims processing at the French border. The French and UK Governments aim to prevent the creation of additional refugee camps in the channel port at Calais by investing in further safety and security measures as a chief priority.

In 2017 alone there were around 115,000 attempts to illegally cross the Anglo-French border from Calais, resulting in five recorded fatalities from crossing-related incidents. The planned security enhancements will help to keep people safe and deter dangerous and illegal crossing attempts.

UK fencing manufacturer Jacksons Fencing has commented on how to approach border security to effectively mitigate risk and prevent any further tragic loss of life. Across the years, the business has developed products that have passed stringent testing by the Centre for the Protection of National Infrastructure and the Loss Prevention Certification Board (LPCB), culminating in the winning of a Government tender to supply and install an earlier upgrade of security fencing and access control systems at the Eurotunnel terminal in Calais in 2015. The project was successfully completed last year, contributing to reducing fatalities which had amounted to 23 deaths in 2016.

Cris Francis, Jacksons Fencing’s security consultant, informed Risk UK: “Busy crossing points such as the ferry port and Eurotunnel terminal at Calais need to be treated like any other high-risk commercial site. With the high volumes of vehicle traffic and heavy machinery operating within these areas, it’s important to reduce risk by eliminating unauthorised access, as the consequences could result in serious injury or death.”

Francis continued: “Investing in threat-specific, certified and proven high security products is of critical importance in these scenarios and, at a minimum, we would advise installing products that have been certified to an LPS 1175 Security Rating (SR) from the LPCB. LPS 1175-certified fencing and gate systems certified from LPS 1175 SR1 through to SR5 ratings would certainly come into play in those areas where surveillance coverage and manned response is difficult or where breach would lead to loss of life or otherwise cause catastrophic disruption to services.”