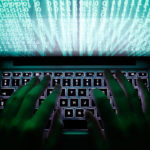 The Information Commissioner’s Office (ICO) has fined Gloucester City Council £100,000 after a cyber attacker accessed its employees’ sensitive personal information. The attacker took advantage of a weakness in the organisation’s website back in July 2014, which led to over 30,000 e-mails being downloaded from personal mailboxes. The messages contained financial and sensitive information about Gloucester City Council staff.

The attack exploited the ‘Heartbleed’ software flaw. Despite well-publicised warnings from the ICO and the media, Gloucester City Council failed to repair the vulnerability in a timely manner, subsequently leaving personal information at risk and breaking data protection law.

Sally Anne Poole, group enforcement manager at the ICO, explained: “This was a serious oversight on the part of Gloucester City Council. The attack happened when the organisation was outsourcing its IT systems. A lack of oversight of this outsourcing process, along with inadequate security measures on sensitive e-mails, left the organisation vulnerable to an attack.”

The ICO’s investigation found that Gloucester City Council didn’t have sufficient processes in place to ensure that its systems had been updated while changes to suppliers were made.

The attacker contacted the organisation claiming to be part of Anonymous, a group known for attacks on websites.

Poole added: “Gloucester City Council should have known that, in the wrong hands, this type of sensitive information could cause substantial distress to staff. Businesses and organisations must understand that they need to do everything they can to keep people’s personal information safe. That includes being extra vigilant during periods of change or uncertainty.”

Adenike Cosgrove, head of cyber security strategy for the EMEA at Proofpoint, commented: “The Gloucester City Council breach serves as a reminder for security teams to patch vulnerabilities, ensure all third party vendors and partners comply with rigorous security practices and encrypt sensitive data to protect it should it be intercepted. In this case, attackers accessed confidential information via Gloucester City Council’s website and internal e-mails. Both e-mail and web channels continue to be the favoured entry points for cyber criminals as they’re public-facing and relatively easy to exploit via vulnerabilities, social engineering or some combination of the two.”

Cosgrove continued: “We expect to see more fines like this as the EU’s General Data Protection Regulation takes effect next year. Organisations must take stock now and have a good understanding of all personal data they host and where it resides and, most importantly, take all the necessary steps needed to protect it from threat actors.”