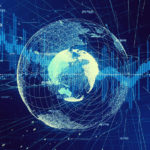 The risk landscape has become significantly more complex over the last three years and General Counsels (GCs) as well as Board members don’t believe their organisations are sufficiently prepared to deal with the new threats. That’s according to the Looking Glass Report prepared by global law firm Clyde & Co and Winmark, the professional network organisation.

A survey of 89 GCs and 21 of their Board member colleagues found that 78% and 74% respectively view the risk landscape as having become ‘significantly’ more complex in the last three years. It also found that they consider political risk (71% and 81%) to be the top threat facing businesses, with technological risk (66% and 71%) rating a close second.

Simon Konsta, senior partner at Clyde & Co, commented: “Businesses today are having to adapt to a 21st Century risk environment in which traditional risks such as political and property risks are being compounded by new and fast-developing risks such as cyber, climate change and reputation. How businesses respond to this environment is one of the most pressing issues facing Boards today. As this year’s report demonstrates, the GC has a leading role to play in helping the Board navigate the challenges and future-proof the business.”

John Jeffcock, CEO of Winmark, added: “In recent years, globalisation, the growth of supply chains, the advent of the age of digitisation and automation and the geopolitical and regulatory ramifications of the global financial crisis have transformed the corporate risk environment.”

Peter Hirst, partner at Clyde & Co, observed: “It should be something of a concern that neither GCs nor the Board feel sufficiently prepared for the threat of political risks. Over the last couple of years, the political landscape has become increasingly complex, causing new and significant issues to arise which require business to be on the front foot in order to mitigate the risk. On the technological front, the old adage of the Legal Department being more risk averse rings true. This should serve as a comfort to the Board, knowing their GCs are taking the risk seriously and erring on the side of caution.”

Despite the concern over a lack of preparedness for cyber attacks, 42% of GCs and 33% of Board directors admit to not having a crisis plan in place.

Isabel Ost, legal director at Clyde & Co, explained: “Organisations must put together crisis management plans and practice their responses for data breaches and cyber attacks. Both present a severe risk for a companies’ operations and reputations. No IT systems are infallible. Human error continues to expose organisations so it’s essential to be prepared for the worst.”

When it comes to who is responsible for identifying the risk factors facing an organisation, GCs generally see the legal function as having primary responsibility for both, while the Board sees a greater role for risk teams.

Peter Hirst concluded: “Whether they agree or not, it’s beneficial for the Board that GCs see their role as both identifying and reducing risks. It’s imperative to ensuring an holistic approach to risk mitigation.”

Although Brexit isn’t expected to impact financial performance in the current year, nearly half (48%) of GCs expect the long-term impact to be negative. Investment in technology is also expected to be negatively affected.

Board directors also have a somewhat gloomy outlook, with 30% of them expecting long-term financial performance metrics to suffer.