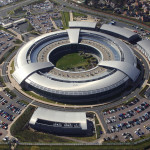 The Investigatory Powers Tribunal has issued its third and final judgement on challenges raised by Liberty, Privacy International and others as to the lawfulness of the UK’s bulk interception powers and of the intelligence-sharing arrangements between the UK and the US National Security Agency.

GCHQ has intercepted and accessed the communications of civil liberties groups, the Investigatory Powers Tribunal (IPT) has revealed. In the proceedings brought by Liberty, Privacy International, Amnesty International, the ACLU and a number of other national Human Rights organisations from around the world, the IPT has ruled – in the view of Liberty – that the intelligence agency acted “unlawfully” in the way that it handled intercepted private communications of the Egyptian Initiative for Personal Rights (EIPR) and the Legal Resources Centre (LRC) in South Africa.

Liberty states on its website: “The Tribunal found that GCHQ breached its own internal – and secret – policies on the interception, examination and retention of e-mails from the two organisations, in turn violating their rights under Article 8 of the Human Rights Act.”

The IPT has previously held the law allowing mass interception of “external communications” compatible with Human Rights principles. In reaching this conclusion, Liberty commented that the Tribunal “took into account internal GCHQ guidance that has not been made public”.

Liberty and the other NGOs have taken their challenge to the UK’s mass interception practices on to the Court of Human Rights in Strasbourg.

In its ruling, the Tribunal found “technical” breaches of GCHQ’s internal procedures. No explanation is given as to why these two Human Rights groups were the targets of GCHQ’s attentions. Both groups play an important role in holding their respective Governments to account. According to Liberty this is a dangerous job which, in some cases, runs the risk of reprisals from the State.

In 2014, the EIPR was forced to register under the NGO Law which gives the State tight controls over its activities, fundraising and staffing decisions.

Last year, Yara Sallam (EIPR’s transitional justice officer) was sentenced to two years’ imprisonment under an anti-protest law which, states Liberty, seeks to criminalise all forms of peaceful assembly. Once released, Sallam will be subject to police surveillance for a further two years.

Before trial, Ms Sallam was repeatedly questioned on the nature of her own work and that of the EIPR.

According to Liberty, the LRC challenged “some of the most oppressive aspects of apartheid” and its lawyers played an integral role in drafting South Africa’s new constitution.

Currently, the organisation is representing the families of the miners killed in a police massacre at the Lonmin platinum mine in Marikana during 2012. 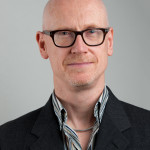 LRC is also fighting over rights of tenancy for ‘labour tenants’ who work on farms in exchange for the right to occupy and use a portion of the land, to secure transport to get children to school safely and is currently taking the South African Government to court for failing to assist the family of a South African man who is being detained in an Egyptian prison.

Liberty’s statement continues: “The Tribunal ruled that, by not following its own policies, GCHQ failed to act “in accordance with the law”, which is a defined requirement of Article 8. On that basis,” explained Liberty, “it was deemed that there was a breach of the right to respect for privacy.”

Liberty’s official statement also outlines: “Determinations were not made in favour of Liberty and the other claimants. This does not mean that their communications have not been intercepted and examined – only that, if GCHQ did so, the IPT considers it lawful.”

James Welch, legal director for Liberty, said: “Last year, it was revealed that GCHQ was eavesdropping on sacrosanct lawyer-client conversations. Now we learn the organisation has apparently been spying on Human Rights groups. What kind of signal are the British authorities sending to despotic regimes and those who risk their lives to challenge them all over the world? Who is being casual with human life now?”

Janet Love, national director of the LRC, added: “The Legal Resources Centre is deeply concerned to learn that communications of our organisation have been subject to unlawful interception by GCHQ. As a public interest law firm, our communications are self-evidently confidential. We consider this to be a serious breach of the rights of our organisation and the individuals concerned.”

Love continued: “We can no longer accept the conduct of the intelligence services acting under such a pernicious veil of secrecy, and we will be taking immediate action to try to establish more information. We urge the South African and British Governments to co-operate with us in this regard. We’re particularly grateful to Liberty for its efforts in spearheading this litigation and making it possible for such information to be brought to light.”

An official statement on GCHQ’s website reads as follows:

“The Investigatory Powers Tribunal has issued its third and final judgement on challenges raised by Liberty, Privacy International and others as to the lawfulness of the UK’s bulk interception powers and of the intelligence-sharing arrangements between the UK and the US National Security Agency.

“This judgement follows the Court’s first ruling in December 2014, which stated unambiguously that the legal frameworks governing both the bulk interception regime and the intelligence sharing regime are fully compatible with Human Rights, in particular the right to privacy.

“In this latest judgement, the IPT considered whether the communications of six individual claimants were intercepted or handled in breach of the European Convention on Human Rights. The Tribunal has not made a determination in favour of four of the claimants, but has made a determination in favour of two organisations – the Egyptian Initiative for Personal Rights and the Legal Resources Centre.

“In both of these cases, the Court ruled that the interception of the relevant communications was indeed lawful and proportionate. However the judgment states that there were aspects in the process and subsequent handling of the material where GCHQ’s internal policies had not been followed precisely.

“In its judgement relating to the Egyptian Initiative for Personal Rights, the Tribunal found:

*e-mail communications were ‘lawfully and proportionately intercepted and accessed’

*However, the time limit for retention permitted under GCHQ’s policies was overlooked

*The breach can ‘thus be characterised as technical’, the claimant did not suffer material detriment and there is therefore no award of compensation

“In respect of the Legal Resources Centre, the Court found:

*The interception was lawful and proportionate

*There was, however, an ‘error’ in following GCHQ’s internal procedures in respect of the selection of the communications for examination

*However, no use was made of any intercepted material, nor any record retained. The claimant did not suffer material detriment and therefore there is no award of compensation”

A spokesperson for the Government said: “We welcome the IPT’s confirmation that any interception by GCHQ in these cases was undertaken lawfully and proportionately, and that where breaches of policies occurred they were not sufficiently serious to warrant any compensation to be paid to the bodies involved. GCHQ takes procedure very seriously. It is working to rectify the technical errors identified by this case and constantly reviews its processes to identify and make improvements.”