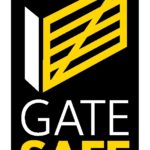 Nearly seven years since Gate Safe became the first organisation to initiate a campaign for improved standards in automated gate safety, the charity is marking another important milestone as it celebrates hitting 1,000 installers listed on its acclaimed national register of Gate Safe Aware installers (which currently features 459 companies).

The latest training session at Trade Skills 4 U – the provider of electrical training which regularly hosts Gate Safe Aware training – was attended by 17 delegates (including four from Acctive Systems) signifying 1,000 trained Gate Safe Aware installers in the UK.

Richard Jackson, founder of Gate Safe, commented: “When we first launched our Institution of Occupational Safety and Health-accredited training programme, our intention was always to establish a national register of installers who had undergone the necessary training to enable them to understand the requirements needed to deliver a safe and compliant automated gate. The training has been developed with the installer in mind. The course is easy to understand and not over-complicated by technical jargon. It has a strong practical emphasis and doesn’t put too much pressure on the smaller company, both in terms of financial outlay and time spent out of the business.”

Jackson added: “With such a broad and consistently growing spread of installers across the UK, the Gate Safe brand continues to grow both in terms of stature (Gate Safe has been commended by the Health and Safety Executive, is officially supported by 12 credible opinion-former bodies and recognised as the leading authority on automated gate safety) and reach.”

*Risk UK is an official Opinion-Former Supporter of Gate Safe