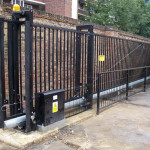 Gate Safe – the national charity fully committed to making automated gates safer for host businesses and members of the public – is marking its Fifth Anniversary today by launching an online petition recommending that the installation of all new automated gates should be subject to planning permission.

This bold move is intended as a means of regulating the installation of such security and perimeter protection devices to mitigate against the risk of any further powered gate-related accidents or fatalities.

Building Regulations approval is currently required for far more minor property improvements such as certain elements of electrical work. In addition, planning permission must be secured for new gates and fencing that stands at over one metre high at the front of a property.

On that basis, the Gate Safe charity has commented that it “seems illogical” a more formal procedure isn’t presently required for anyone wanting to install an electric gate (which is, technically speaking, a machine capable of inflicting serious injuries and even death if the correct safety protocols are not followed at all times). 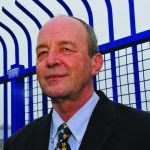 Commenting on the online petition, Gate Safe founder and chairman Richard Jackson told Risk UK: “Advocating the introduction of planning permission is just one of many activities being undertaken by Gate Safe to improve the safety of automated gates here in the UK. It’s by no means the only solution to resolving an issue that, at present, sees over 90% of installed automated gates failing to comply with current safety requirements. However, it’s most certainly a step in the right direction.”

Jackson continued: “When Gate Safe launched in 2010, we discussed the opportunity of introducing a type of automated gate MOT or Gate Safe mark. This is still very much on our agenda, but such an initiative involves buy-in from a number of parties which, of course, takes time. In the interim, the introduction of planning permission can only benefit our Gate Safe Aware installers who, by taking the Gate Safe Aware training course, have already demonstrated a firm commitment to the installation of safe and legally-compliant gates which would be in accordance with the new planning permission guidance.”

*Anyone interested in lending their support to Gate Safe’s online petition can do so by accessing the following link: https://goo.gl/9HCfVd

Wednesday 23 September 2010 marks the Fifth Anniversary of Gate Safe. Five years on from inception, the Gate Safe campaign’s champions insist there’s “still much work to be done” to improve the safety of automated gates and barriers in the UK. 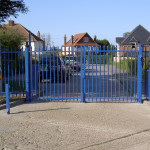 In parallel with the aforementioned online petition, initiatives planned to support the Fifth Anniversary include the roll-out of an interactive Safe Gate Visualiser, the launch of a series of guidance documents designed to provide ‘safe gate’ instruction to a range of specialist audiences, the roll-out of a blog series written by Gate Safe and various guest bloggers, the launch of a new instructional video, a dedicated media relations drive and the introduction of an awards scheme designed specifically to identify examples of Best Practice within the installer community.

Held back in September 2010, the original Gate Safe Summit represented a pioneering step designed to bring together representatives from a broad cross-section of companies and generic trade/safety-focused organisations identified by Gate Safe as having an important role to play in calling for the introduction of tighter guidance pertaining to automated gate safety.

Since then, Gate Safe has joined forces with several powerful and influential organisations/opinion-former bodies to enlist their support in communicating with their respective audiences and driving home the importance of adopting the appropriate protocol to deliver a safe and legally compliant gate.

Gate Safe’s official supporters are the Electrical Safety Council, the Electrical Contractors’ Association, the Safety Assessment Federation, the Royal Society for the Prevention of Accidents (RoSPA), the School SafetyMARK, Secured by Design, Trade Skills 4 U (the provider of electrical qualifications), the International Institute of Risk and Safety Management, Risk UK (Pro-Activ Publications’ monthly journal for security and fire management professionals), the ECS (the Electrotechnical Certification Scheme) and the Institution of Occupational Safety and Health (IOSH).

Commenting on Gate Safe’s Fifth Anniversary, Richard Jackson explained: “Although we’re proud of a number of important achievements, including the origination of the very first accredited training course specifically designed to provide guidance on the safety requirements for an automated gate, we’re certainly not resting on our laurels. We believe that there’s still much to be done in order to prevent any further accidents or fatalities from occurring. While we’re not suggesting that planning permission is the only route towards achieving this key goal, we do believe that the introduction of a more formal procedure for anyone wanting to install a powered gate will go some way towards reducing the number of illegal and unsafe gates we continue to encounter.”

Jackson added: “We will be working with our Patron, Madeleine Moon MP, to see how best we might leverage support for the online petition. In the meantime, we’re hopeful that, with the continued backing of our supporters as well as the introduction of our user-friendly Safe Gate interactive tool, we can use the Fifth Anniversary milestone as a means to reignite public and media interest in the importance of automated gate safety.” 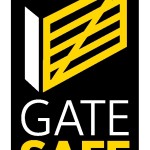 *October 2010: Delivery of a petition to 10 Downing Street

*January 2011: Hosting of the first Gate Safe Steering Group meeting. Commended by the HSE for a “pioneering approach” towards improving standards in the realm of automated gate safety

*August 2012: Launch of first dedicated automated gate training course. This remains the only course with external accreditation (from IOSH). The Gate Safe register (to be found on the Gate Safe website at: www.gate-safe.org) now features over 500 trained installers nationwide

*Summer 2015: Gate Safe presence at a number of key industry events including The Electric Event (the ECA ‘s annual gathering). Development of the innovative Safe Gate Visualiser – an interactive guide to help achieve a safe automated gate installation (due for launch this month)

*August/September 2015: Gate Safe posts an online petition requesting consideration be given to the introduction of planning permission consent for any new automated gate installations

*September 2015: Roll-out of a series of sector-specific guides written ‘in plain English’ to provide guidance on how to understand what’s required for ensuring a safe automated gate installation

In addition, Gate Safe has developed ‘plain English’ text pertaining to the agreed safety protocol for automated gates by way of supporting the existing British Standards referencing fencing and gates.

Commendably, the charity has also launched the first independent audit service. Indeed, Gate Safe has now completed over 100 unbiased audits for a range of applications.