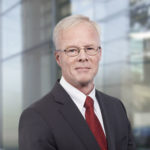 Speaking about this latest set of financials, the company’s president and CEO Alf Göransson stated: “As in the third quarter, organic sales growth continued to strengthen in the fourth quarter and reached 6% compared with 3% in the first half of the year. The quarter reflected a strong market momentum throughout the Group, supported by favourable macroeconomic conditions and our ability to deliver complete security solutions.”

Some large contracts commenced in the US during the fourth quarter, while the portfolio in Europe gradually improved during the second half of the year. In the Ibero-America business segment, Spain and Portugal have continued to grow faster than the security market, while growth in Argentina has seemingly slowed down.

Earnings per share for the full year, adjusted for changes in exchange rates, improved by 9% excluding the one-off effects of the new tax legislation in the US. According to Göransson, the strong macroeconomic conditions and shortage of qualified labour in the US and Europe will result in higher wage inflation in the coming year. “We believe that we’re strategically well positioned to offset such an increase by price increases and offering alternative security solutions using technology,” outlined Göransson.

The president and CEO is adamant that the business has continued to deliver on its strategy. Security solutions and electronic security grew by 19% compared with 2016 and represented 18% (16% in the previous year) of total sales in 2017. “We will continue to increase this relative share through organic growth and acquisitions, including the consolidation of Automatic Alarm in France as of 2 January this year. This marks an important milestone in our efforts to improve sales of security solutions in France. It also makes us the only major security company able to offer optimised solutions combining electronic security and guarding in what is our second-largest market in Europe.”

Göransson concluded: “As an important part of our Vision 2020 strategy, we’re gradually increasing investments in digitising our customers’ historical and real-time data in order to deliver more predictive security. In combination with our security solutions and electronic security strategy, intelligent security will create greater customer value and enhanced security, at the same time strengthening our leadership in the global security market.”

IoT: Is the Electronic Security Industry Ready, Willing and Able?