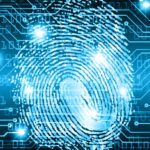 Dhiraj Badgujar, analyst at Frost & Sullivan, informed Risk UK: “The increasing complexity of network security is becoming difficult for businesses to manage, leading to mistakes or gaps for attackers to exploit. With its deep learning capability and an ability to adapt based on changing network behaviours, Perception will enable enterprises to identify future advanced threats before they emerge.”

The major differentiating factors of Perception are its ability to identify malicious activity without requiring prior knowledge of the threat, as well as alerting the end user to potential vulnerabilities such that they can be resolved before an attacker exploits them. This makes it more difficult for malware to evade detection and easier for analysts to proactively detect network vulnerabilities and user errors.

As well as detecting threats and vulnerabilities as they happen, Perception uses Artificial Intelligence to intelligently interlink network events across months, weeks and minutes, in turn enabling large-volume data pattern analysis. This significantly improves ‘low and slow’ threat detection capabilities, in addition to providing a low false alarm rate. Perception also detects the slow, unauthorised external extraction of information from the network, even when sophisticated obfuscation techniques are used. 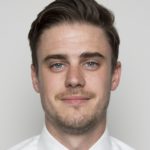 Daniel Driver, head of Perception Cyber Security who accepted the award at Frost & Sullivan’s Excellence in Best Practice Awards Ceremony, explained to Risk UK: “Based on declassified work for national security agencies, Perception takes the fight against cyber crime to a new level. An award from the respected international analyst firm Frost & Sullivan gives us an unbiased third party stamp of approval. The Perception development team truly deserves to be recognised in this way as it proves to us that we’ve created something truly unique in identifying advanced cyber threats.”