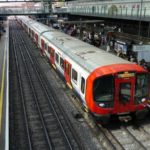 Evolving technology has driven a shift across Europe from legacy analogue CCTV to network video solutions providing immediate and significant benefits when it comes to securing critical transport systems. As the UK struggles to keep pace, Lucas Young discusses the business case for protecting transport infrastructures with IP camera and audio technology.

With a number of high-profile attacks on mass transport systems across Europe, and Scotland Yard recently warning that the UK’s terrorism threat level will remain at ‘Severe’ for some time to come, it’s abundantly clear that the industry simply cannot be complacent when it comes to security investment. While funding remains a challenge, this must be weighed up against the requirements for public transport authorities to provide both an efficient and safe service.

As per the three core principles prescribed by the UK Government’s Centre for the Protection of National Infrastructure in protecting assets, first of all a threat should be deterred, then detected and then delayed. It’s unlikely that an organised threat will be deterred by a security system which is only capable of providing an historical record of an attack episode. The system must also be able to provide real-time detection and allow countermeasures to be initiated in a timely manner.

While the international transport market continues to keep pace with the latest developments in real-time network camera technology, the UK has stagnated in its adoption. Despite plans for pan-network IP systems to be installed in many areas, and certain transport providers leading the way, significant parts of the UK’s transport infrastructure are still to be upgraded from analogue. This is partially due to the lack of a modern communications infrastructure capable of handling large amounts of data.

The UK: an early adopter

Despite the relatively limited use of IP video technology across UK transport infrastructures, the UK was actually an early adopter of modern network cameras. Network Rail led the way with a comprehensive upgrade of Reading Station back in 2013, while London Underground followed close behind with its first fully-IP station at Canary Wharf in 2014.

However, there are still significant parts of the rail network that are yet to be given the same attention.
In a bid to understand the key challenges involved with upgrading to a networked solution, Axis Communications commissioned a survey in collaboration with Union Internationale des Transports Publics (the global public transport organisation) that deliberately targeted stakeholders in areas such as rail, bus and ferry transport. With virtually all respondents explaining that they had some form of video surveillance installed, 85% also stated that they would consider IP camera adoption at some point in the future.

When asked about obstacles to upgrading, the most common response was the perceived “lack of a clear business case”. This highlights that technology vendors perhaps haven’t played a big enough role in highlighting the safety, security and business benefits of upgrading to IP. Three quarters of those same respondents had analogue cameras in place, suggesting that more education is needed around the benefits of IP video systems beyond the forensic capabilities of CCTV.

While video surveillance technology is widely used in the transport sector, the UK must accelerate its adoption of the latest IP technology if it’s to keep pace with the rest of Europe. Educating key decision-makers on the benefits of integrating systems to deliver real-time video and alerts will be key, while also demonstrating the operational and business intelligence benefits to be realised.

Ultimately, transport operators stand to gain in the form of a return on their investment from an enhanced ability to integrate IP cameras with business performance optimisation technology. This assists organisations to derive long-term value from their fiscal investment, adapting and scaling it in line with not only security, but also more traditional operational business needs.

Real-time usage with analytics is on the rise as public transport system operators seek to respond to security events as and when they happen. Given that those operators are faced with hundreds of live feeds, automated alerts can assist in managing the large amounts of data generated, subsequently assisting with both monitoring and prioritisation.

Incidents being reported in real-time means that there will be more opportunity for live feeds to be shared with third parties.