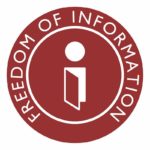 Freedom of Information requests undertaken by COMPAREX UK have highlighted a number of security vulnerabilities in the IT infrastructures of many English councils. The requests, which were submitted to all London Borough, Metropolitan and County Councils in England, subsequently highlighted that nearly half (46%) are still using one or more of Windows Server 2000, Windows Server 2003 or Microsoft SQL Server 2005. All three products are now out of extended support, meaning that customers no longer receive regular security patches.

“By continuing to run out-of-date server software, many councils are exposing themselves to a host of security and compliance risks,” said Chris Bartlett, business unit director for the public sector at COMPAREX UK. “The Freedom of Information data suggests that matters are slowly improving, as separate requests to London Borough Councils back in 2016 showed that 70% were running unsupported server software. However, with the European Union’s General Data Protection Regulation now in full effect, councils need to be even more cognisant of vulnerabilities, and especially so considering the volume of citizen data they hold. With this in mind, it’s important that risks are managed and that councils establish an upgrade strategy.”

“The Freedom of Information data presents a worrying picture,” added Bartlett. “Only a handful of councils are currently paying for extended support, but it appears most are either unaware or are simply ignoring the risks of using unsupported software. Councils need more detailed insight and greater visibility into their software estates such that they can make better informed upgrade decisions. Many councils may also be delaying upgrades for fear of the potential cost and disruption this might incur. However, councils can no longer afford to stick their heads in the sand. They should be looking to upgrade as soon as possible.”