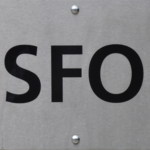 The Serious Fraud Office (SFO) has charged two individuals with fraud and false accounting in relation to its investigation into Serco’s electronic monitoring contract with the Ministry of Justice.

Nicholas Woods (former finance director of Serco Home Affairs) and Simon Marshall (former operations director of Field Services within Serco) have been charged with fraud by false representation and false accounting in relation to representations made to the Ministry of Justice between 2011 and 2013. Woods is additionally charged with false accounting in relation to the 2011 statutory accounts of Serco Geografix Ltd.

This announcement follows the SFO’s completion of a deferred prosecution agreement (DPA) with Serco Group subsidiary Serco Geografix Ltd, which was approved by Justice William Davis on 4 July this year.

Under the terms of the DPA, Serco Geografix Ltd was ordered to pay a financial penalty of £19.2 million and the full amount of the SFO’s investigative costs (ie £3.7 million). This is in addition to the £12.8 million compensation already paid by Serco to the Ministry of Justice as part of a £70 million civil settlement in 2013.

The DPA was also accompanied by an undertaking in which Serco Group, Serco Geografix Ltd’s parent company, agrees to ongoing co-operation with the SFO and other law enforcement and regulatory authorities, reporting evidence of fraud by itself or related companies and individuals, any necessary strengthening of its Group-wide ethics and compliance functions and annual reporting on its Group-wide assurance programme.