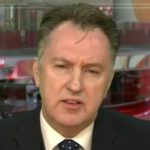 Independent fraud watchdog the Fraud Advisory Panel has appointed David Clarke as its new chair. Clarke takes over from David Kirk who steps down after four-and-a-half years in post. Clarke is a former senior police officer who has served in the UK and overseas. He’s now a specialist in counter-fraud measures at Today Advisory Services and has been a trustee director of the Fraud Advisory Panel for nigh on ten years.

During his distinguished law enforcement career, Clarke was responsible for designing and implementing the National Fraud Intelligence Bureau and the lead force for fraud based within the City of London Police.

Commenting on his appointment, Clarke stated: “I’m incredibly honoured to become chairman of the Fraud Advisory Panel which has played an important role in shaping our collective response to fraud. As the corporate memory of the counter fraud community, I look forward to working with my esteemed colleagues, on the Board and within the membership, to highlight, address, challenge and anticipate the fraud issues of our times.”

David Kirk added: “It has been an enormous privilege, and a great pleasure, to lead the vital work of the Fraud Advisory Panel over the past four-and-a-half years. I know that its influence and reputation will continue to flourish under David’s excellent leadership. His senior experience in the criminal justice system, and his determination to make a positive difference in tackling fraud and financial crime wherever it’s found, will build upon the Panel’s already considerable achievements.”

Kirk will continue to be involved with the Fraud Advisory Panel as both an active member and special advisor.