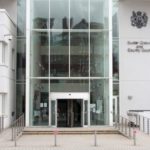 Paula Vasco-Knight (NHS England’s former National Lead for Equality, who was also CEO of Torbay and South Devon NHS Foundation Trust) and her husband Stephen Vasco-Knight have both pleaded guilty at Exeter Crown Court to fraud against the NHS.

Following a thorough investigation process conducted by NHS Protect, the national counter-fraud body, Stephen Vasco-Knight pleaded guilty to one charge of Fraud by False Representation, contrary to Sections 1 and 2 of the Fraud Act 2006.

Paula Vasco-Knight pleaded guilty to one charge of Fraud by Abuse of Position, contrary to Sections 1 and 4 of the Fraud Act 2006.

Back in December 2013, Paula Vasco-Knight’s crime was to authorise an £11,072.00 payment to her husband’s graphic design business ‘Thinking Caps’ for work that was never carried out. Notionally, he was being ‘paid’ to produce a document about ‘Leadership’ for NHS CEOs.

His crime was submitting the false invoice for £11,072.00 to South Devon Healthcare NHS Foundation Trust in November 2013, and then receiving the payment for work that was never commissioned, nor undertaken. He was assisted by his wife in submitting the invoice.

After the couple found themselves under investigation, the Vasco-Knights tried to retrospectively manufacture a document to justify the payment of the invoice. Entitled ‘Transform’, they presented it in March 2015 at an interview under caution with investigators.

NHS Protect investigators established that the document couldn’t possibly have been produced in November 2013 as stated, as it contained large passages of text copied straight from a bona fide King’s Fund document that wasn’t published until November 2014, a year later.

As part of the investigation a number of laptops, mobile devices and PCs were obtained from South Devon Healthcare NHS Foundation Trust and NHS England, and subsequently examined by NHS Protect’s computer forensics specialists.

Paula Vasco-Knight was employed as CEO of South Devon Healthcare NHS Foundation Trust in August 2008. Her additional role as National Lead for Equality at NHS England began in 2012, when it was still known as the NHS Commissioning Board. Vasco-Knight enjoyed a high profile and was awarded a CBE for her work on equality and diversity in the NHS as part of the January 2014 New Year Honours List.

Commenting on the case, Sue Frith (managing director of NHS Protect) said: “Between them, Paula and Stephen Vasco-Knight defrauded over £11,000 of NHS money that was sorely needed for its intended purposes. Without fear or favour, NHS Protect will continue to follow up on every suspicion of fraud reported to us. We will investigate and prosecute wherever appropriate, and press for the strongest sanctions. We will not be making any further statements on this case until after sentencing takes place on Friday 10 March.”