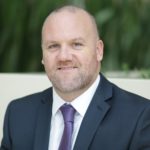 After 30 years of diligent service at Kings Security Systems, including three years since PrimeKings became the majority shareholder in the Bradford-based business, Anthony King has decided that it’s now time to leave the company. At the same juncture, it has been announced that Bob Forsyth is joining the firm in the role of CEO.

Forsyth brings extensive business services experience from his former role at Mitie, where he transformed the security division from a manpower-led operation into a wide-ranging technology business. Across an eight-year period as managing director of Mitie Total Security Management, Forsyth grew the division’s revenues to over £300 million, such that it became the second largest security company in the UK with a strategy of differentiation and technology advancement through a focus on risk and integrated service delivery for a wide range of business sectors.

Speaking about this development, Geoff Zeidler (chairman of Kings Security) told Risk UK: “The Board would like to pay tribute to Anthony for all that he has achieved in building the business and wish him well for the future. For his part, Bob has a broad market knowledge and a fantastic track record of delivering profitable growth. The Board look forward to working with him and the executive team in order to take Kings Security forward with a view to it becoming the most respected, innovative and successful company in the industry.”

Commenting on his new role, Bob Forsyth enthused: “Kings Security has a tremendous market position and a reputation for passionate people who deliver great service to a loyal group of customers. This, together with the financial support of PrimeKings, creates a tremendous opportunity. I’m really excited to be joining the team and ensuring that Kings Security achieves its full potential in the years ahead.”

A family-run and hugely successful business established back in 1968, Kings Security is a leading provider of security and fire services to organisations right across the UK. As stated, its majority shareholder is PrimeKings, which itself is backed by the Kirsh Group.

Headquartered in Bradford with satellite offices in both London and Scotland, Kings Security has benefited from a series of acquisitions on top of healthy, organic growth that has seen the company develop into the UK’s largest independent security services provider, currently employing over 550 staff nationwide.

The business prides itself on customer service, from the initial on-site visit through to installation and ongoing product maintenance, ensuring all the while that customers enjoy complete peace of mind.

Kings Security is proud to maintain its accreditations at above industry standard levels, with a prime example being the business’ ISO 22301 Business Continuity Management certification. High quality service delivery is evidenced by the fact that the company has regularly been awarded top honours within the security industry. In 2015, for example, the business won the Security Training Initiative of the Year Award at the Security and Fire Excellence Awards.