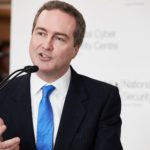 The Royal United Services Institute (RUSI) has announced the appointment of Robert Hannigan CMG as Senior Associate Fellow. Hannigan has spent much of his career in the sphere of national security, having recently been director of GCHQ, the UK’s largest intelligence and security agency. He was also a member of the National Security Council.

Dr Karin von Hippel, director general of RUSI, observed: “Robert Hannigan is a leading authority on cyber security and the appropriate use of technology for national security. He brings with him a wealth of expertise and is attuned to the very live national and international debate on cyber security. We look forward to working with him on these and other key issues.”

Hannigan himself commented: “RUSI has a unique convening authority and undertakes innovative research in a number of areas pertaining to critical national and international security. I look forward to contributing to its work.”

Hannigan served as director of GCHQ from 2014-2017. He established the National Cyber Security Centre as part of GCHQ in 2016, having been responsible for the UK’s first cyber strategy back in 2009. Hannigan also set the Government’s long-term ambition of making the UK ‘the safest place in which to live and do business online’ in motion and was responsible for leading – alongside military colleagues – the national offensive cyber programme.

Hannigan is a leading authority on cyber security, cyber conflict and the application of technology in national security. He writes regularly on cyber issues in The Financial Times and elsewhere, while also advising a number of international companies on the subject of cyber security.

He spent much of his Government career in national security. He was the Prime Minister’s security advisor at No 10 from 2007-2010 with a particular focus on Islamist terrorism, and was responsible (in the Cabinet Office) for the Single Intelligence Account (covering MI5, GCHQ and the SIS). He chaired COBR through numerous crises and was a long-standing member of the Joint Intelligence Committee, which he chaired in 2011-2012.

As director general for defence and intelligence in the Foreign & Commonwealth Office, Hannigan was the lead advisor on counter-proliferation and other defence policy areas, as well as advising Foreign Secretary William Hague on intelligence policy and operations.

He came to London from Belfast, where he was Tony Blair’s senior official on the Northern Ireland peace process, responsible for negotiations with political parties, paramilitaries and both the Irish and US Governments.

Hannigan is credited with bringing greater openness to the work of GCHQ as part of an effort to advocate new legislation and promote cyber skills across the UK. Foreign Secretary Boris Johnson has referred publicly to Hannigan’s internal transformation of the organisation purpose-designed to make it fit for the digital era.

Back in 2014, Hannigan caused international controversy on his first day in office by criticising Silicon Valley companies in the pages of The Financial Times, but he has also spoken at MIT in defence of strong encryption and US technology leadership. He has a particular interest in Bletchley Park and the history of technology, computing and cryptology and is a member of the Government’s Defence Innovation Advisory Panel.

Hannigan is an Honorary Fellow of Wadham College, Oxford, a Fellow of the Institute of Engineering and Technology and one of the few non-US nationals to have been awarded the highly prestigious US Intelligence Distinguished Public Service Medal.