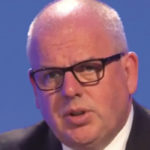 Police forces are committed to sustaining and improving the trust and confidence of the public, but they risk damage to their relationships with local communities by continuing to be unable to demonstrate the fair use of Stop and Search. That’s one of the conclusions of a new report issued by Her Majesty’s Inspectorate of Constabulary and Fire & Rescue Services (HMICFRS).

Police legitimacy is one of the all-force inspections carried out by HMICFRS as part of its annual PEEL Reports. The inspections into police legitimacy have focused on three main questions: ‘To what extent do forces treat all the people they serve with fairness and respect?’, ‘How well do forces ensure that their workforces behave ethically and lawfully?’ and ‘To what extent do forces treat their workforces with fairness and respect?’

In this year’s report, one force – Kent Police – has been graded as ‘Outstanding’, 35 as ‘Good’ and six forces (namely Northamptonshire Police, Cleveland Police, the City of London Police, West Midlands Police, Warwickshire Police and West Mercia Police) ‘Require improvement’. No forces have been graded as ‘Inadequate’. This end result is largely consistent with the overall legitimacy judgements made in 2016.

HMI Mike Cunningham, who led this inspection, said: “The extent to which police forces act in a fair and respectful way towards the communities whom they serve is a vital influence on public trust and confidence. I’m pleased to report that the police service overall continues to demonstrate its commitment to maintaining legitimacy in the eyes of the public, including acting ethically and lawfully and treating all the people it serves with fairness and respect. We assessed well over three-quarters of forces as either ‘Good’ or ‘Outstanding’ in this regard.”

However, Cunningham continued: “That’s not to say there are not elements that forces could and should improve upon. Of particular concern is the continuing over-representation of black people in Stop and Search figures. Forces must be able to explain the reasons for any disparity in their Stop and Search figures if they’re to enhance the trust and confidence of all communities.”

Overall, the report finds that police leaders continue to have a clear understanding of the value of treating the public with fairness and respect, and that they’re succeeding in establishing this approach throughout their workforces. Forces are increasingly providing training in unconscious bias and communication skills in order to improve their interactions with the public and enhance the public’s perception that they’re treated fairly and with respect.

The report also highlights further progress required from some forces on compliance with national vetting policy, complaint handling (especially in responding to and investigating discrimination complaints appropriately), performance management for officers and staff and access for officers and staff to well-being provision and support.

The report makes a formal recommendation around the use of Stop and Search powers. Forces should implement further training to tackle unconscious bias and develop “a more comprehensive set of data and information” to understand fully – and address, if necessary – any reasons for the disproportionate use of Stop and Search. From July next year, forces should publish their analyses – and any resulting action taken – at least on an annual basis.

Furthermore, the report addresses the significant variation in the use of spit-guards (the equipment used in some forces – 19 forces as of 31 January 2017 – to mitigate the effects of spitting or biting). The report recommends further consideration of their use and suggests that national advice or guidance would be beneficial.