Fire Industry Association gearing up for October seminars on ‘Update to BS 5839-1:2017’ 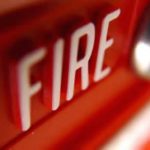 During October, the Fire Industry Association (FIA) will be holding four seminars under the banner ‘Update to BS 5839-1:2017’. The new British Standard, which focuses on Fire Detection and Fire Alarm Systems for Buildings, was published on Friday 1 September. Due to the popularity of these seminars, with one event already fully-booked, an extra date has now been added.

The update to the British Standard brings with it many changes due to a research project named ‘Live Investigations of False Fire Alarms’, which was carried out by the Building Research Establishment in partnership with the FIA. The research makes 36 recommendations based upon the investigations the team made into false alarms. These recommendations look at ways in which to reduce false alarms and what steps can be taken to prevent false alarm events from occurring.

Following the report on ‘Live Investigations of False Fire Alarms’, which was issued early last year, the FIA’s Fire Detection and Alarm Council examined the research and began its own R&D project to see which recommendations from the document could be included in the British Standard.

In order to keep its members fully up-to-date with the changes, the FIA will be presenting four fully-accredited CPD seminars on the subject in different parts of the UK. The events are free to attend and will cover all of the changes made to the British Standard.

Presentation dates and locations are as follows:

To book your place at one of these education sessions, visit www.fia.uk.com and click on ‘Events’